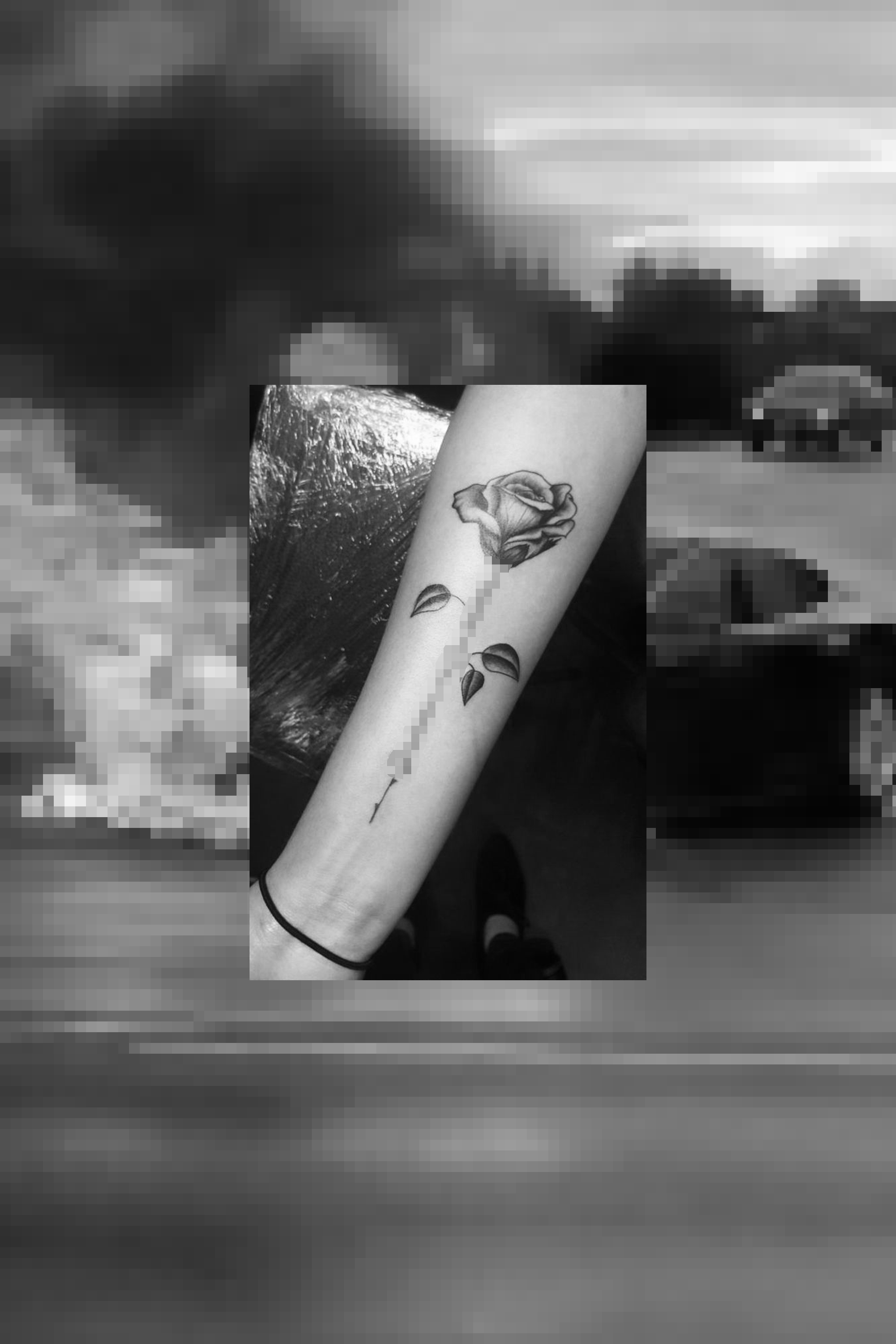 Mona says I am scared of commitment. I tell her to stop getting drunk and calling me every time she feels sorry for herself and wants to take it out on me. Mona says that she hopes one day I understand where she’s coming from. I tell her to shut up and grow up and then I hang up the phone.

I go on a Tinder date with some boy. We play a board game and I suck his dick.

The Tinder boy texts me to go hiking on Saturday. I vomit dark mess into the toilet because I’ve had too much cider at my friend’s birthday party. Mona hasn’t called me in three days and I almost forgot she existed at all.

We drive home from the park. I feel good all over. He drops me at the corner near my building. I blow him a kiss. He catches it in his hand and shoves it down the front of his shorts.

I have a tattoo of his name on my body. I don’t know why. I don’t tell him because why would I. You can’t just have someone’s name tattooed on your body without telling him first. But he’s going to see it. The ink is red so I can’t tell if the tattoo is bleeding or not.

The Boy hasn’t noticed the tattoo of his name or maybe he’s just pretending not to see it because why would you want to see your name tattooed on someone you’ve been seeing for one month and they didn’t even tell you they have it. Maybe he really just hasn’t seen it yet.

Mona says I am not actually into women. I hang up because why does she deserve to be humoured. Then I spend forty minutes thinking about it. But sex with Mona was fine when she didn’t make fun of my body. I think about texting Mona something horrible about her body but I guess that would be wrong.

I have another tattoo of his name. There’s no way he can’t see them. He runs his hands down my sides and over both of them when we fuck. It feels like having a plate smashed over me.

I go out to lunch with my mother. She has always been against tattoos. Maybe she doesn’t see the ones on my arms because of cognitive dissonance. I can tell she’s worried about me because she is being nice. I don’t tell her I’m seeing someone because why would I. Then I go home.

My tattoos won’t stop bleeding or maybe they’re just tattooed to look like they won’t stop bleeding. I have three more. They are bubbling and pussing and splattering gunk on the floor. When the Boy strokes them it feels like a strobe light exploding under my skin.

I see him twice a week now. We play Soul Calibur IV because it’s the only two-player game I have. We hold hands and sit on the couch and do nothing. I wonder if he holds my hands just to cover up some of the tattoos. I wonder if my dick tastes weird with his name emblazoned on it.

He goes to Toronto to visit friends. I lay on the couch and cry to Pet Sounds on vinyl. Every new tattoo of his name hurts a little more than the last. I feel bad all over. I have never felt like this before. I hope he feels bad all over too.

I cry on the couch to Pet Sounds for the fifth time. I put Mona on speakerphone so she can hear me. I feel so bad that I text my father and ask him to pick me up and don’t explain why. He takes me to a coffee shop and we sit there not speaking for forty minutes. Then he drives me back to my apartment.

I get out of the shower. Mona says something on speakerphone but I’m not paying attention. I look at my body in the mirror. There is ink all over every inch of my skin. I can’t make out his name anywhere. It’s just red. Mona yells something but I can’t decipher it. I stare at myself, and I wonder what the tattoo guy must have thought about all this, and if there’s a way I can blame Mona or the Boy, and if I could peel off this skin and find something I recognize underneath.