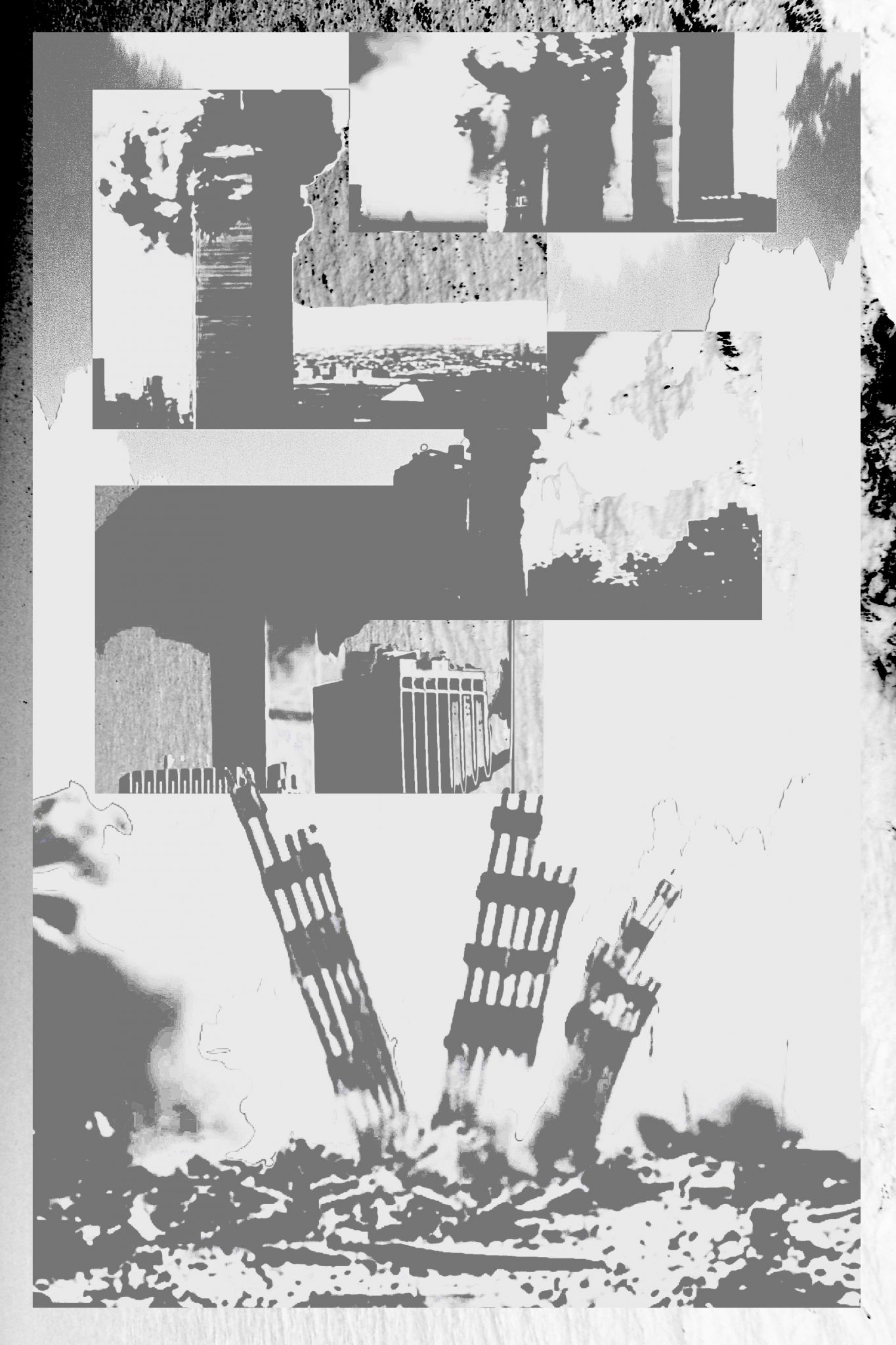 The physical world as we know it will end on May 20, 2019, when finally the International Prototype Kilogram, a platinum-iridium alloy cylinder stored since 1889 in the aptly named city of Saint-Cloud, France, will be replaced by abstraction, by extrapolation from mathematical constants, at which the cylinder will gaze, if it can gaze, as Butch, a factory worker on his way into retirement, gazes at the few dozen lines of code, aptly named Butch.exe, that will now perform the duties he has faithfully discharged eight hours per day, five days per week for the past thirty-four years. At the prospect of a life of nothing but weekends, with one foot out the door but hardly bearing weight, he turns to the handsome man who showed him the code and asks, “Will your numbers and non-words remember to give the part a little twist right as it’s shooting down the line, to make the job easier for the next guy?”

He has found the crucial misstep and perhaps will be asked to return tomorrow, Tuesday, if only for a few weeks, until the programmers can make their code twist the part to make the job easier for the next guy, but the handsome man, smiling, responds, “There is no next guy.”

And so, on Tuesday, Butch will be melted down to make tooth fillings.

Space is becoming time at an alarming rate. Someone must really do something.

Just yesterday I stopped at a gas station in Kansas, and I asked a trucker, “How far to Lawrence?”

Such a banal statement on its face, but it belies a simmering crisis.

Butch used to spend his weekends in deep meditation on the battles between time and space. He would have amended my alarmist proclamation thus: Space is becoming time exactly as time is becoming space. To understand this contradiction, we must enter his apartment.

A cramped studio in the basement of a townhouse owned by people who do not live there, Butch’s place was furnished with only a mattress, bare on the floor, and a spindly stick-figure desk with matching stick-chair. The previous tenant had gone insane, one assumes, and had written in black marker on every inch of the white walls. The landlord had half-attempted to paint over these writings before Butch moved in, and many phrases remained legible. Butch had memorized one poem, not so much out of interest as because it was scrawled on the ceiling above his bed:

They have to be deprived of their magic.
Their meaning has to be subtracted.
They become scarce and empty, reduced to clichés,
the seemingly living.

What has to be explored:
how much one can take away from them:

To be contracted
reduced to the minimum
to shrivel
reduced to the bare necessity
(the vaunted “weakness”)
with diminished powers of ‘expression’
voluntarily forsaking
To abandon:
finding one’s own voice completely impersonal.

Not that punning can be entirely avoided:
Grace to breathe that void. Know happiness.
(know happiness/no happiness):
tellingly appears only.

…even in the shrunken form
unexpectedly work overtime,
constantly doubling themselves
in their reduced state:

relentlessly adding
constantly crossing out deleting there
is never enough there
is never little enough
until
shrunk to a mere voice buried
to her waist in the ground to
her neck then
but a mouth,
taken over by a gadget.

He used to leave the factory at six on Fridays then awaken at six on Saturday, retrieve his laptop from the closet by the stove, set it atop the stick-desk, sit in the stick-chair, and meditate: He would click through YouTube videos at random, trying to understand their time-stamps, which he chanted over and again like mantras. April 2009, September 2003, January 2008 struck him as lies, all lies; by his tenth or fifteenth repetition he would find himself saying them through clenched teeth. January 2008, but here he is in 2019 watching the World Trade Center fall, knowing that it happened not in 2008 but in 2001, and that originally its demise had not been accompanied by “Yackety Sax.”

By Sunday, he would not notice the time stamps at all, but would have twenty browser windows open simultaneously, each showing a different atrocity, the Gulag mere fractions of a centimeter from Cambodia overlapping with an ISIS beheading atop Mike Brown and Trayvon Martin who gazed deadly up at German bankers while Greece lay under an animated guillotine from which a Czech journalist’s head rolled offscreen to eat shit in Saló.

Butch beamed light back at the screen, but for his eyes, a pair of black holes.

In this state he still knew, somewhere at the back of his mind, that the second, and its corresponding minute, and hour, were immutable, standardized by the constant disintegration of cesium-133; but he knew this immutability not in present tense or simple past but in past perfect tense, a purely theoretical constant that only laid the groundwork for its own dissolution into the new, timeless space of time, on which infinite stacked surface he could stand upon all time points at once.

He once told a coworker that “It used to be true that those who didn’t know history were doomed to repeat it, but now, when all of history repeats at all moments in all places, there is no doom, there is no repetition yet to be done, only stacking, adding, snowflakes to an avalanche which is already everywhere, always, and only moves insofar as it is apprehended as already there, against which no one can do anything because every ‘against’ immediately transforms into a ‘with,’ an auxiliary, a complicity, only another layer of the same because the notion that something new, something different could be done was based on the old model of a mutable history, that is a narrative history, defined with respect to linear time such that its time points could be manipulated to create new futures, but now…”

He trailed off as their lunch break ended, and though his coworker only caught a few words and resented Butch somewhat for consuming his day’s only few minutes of possible silence, nevertheless the two men remained congenial to one another, if only because each twisted his parts just right so as to make the next guy’s job a bit easier.

As far back as he could remember, until his final meltdown, Butch had suffered nightmares every night, not of the terrible things he’d seen on video, but of the image of the avalanche that he had described to his coworker.

In the dream, always, he was a snowflake. He knew he could not have fallen recently. All the snow had already fallen. But he also knew he could not have come from the avalanche because nothing comes from it. Things only go to it. To this point the dream only confused him, but as soon as he realized his lack of origin he began to fear that he could be swept away by an errant wind, and nothing would be any different. So he fought this possibility, fought to ground himself, to join the avalanche, but he already lay atop it, and he could not fathom what further step should be taken, though he always sensed some significant difference in the prepositions “atop” and “with.” And so in the end he always blew away, which was terrible though he did not know why, and––most horrifyingly––the errant winds always dropped him back on the same snowdrift, nothing to do but think again to join the avalanche, with no hope of ever doing so. At the moment he landed and was faced with this infinite recursion, he would awaken, sweaty, and rush either to work or his laptop, depending on the day.

This dream anchored Butch’s life. Often he forgot to clock in to work, in such a hurry to grip and twist his heavy parts that he had no mind for such secondary formalities. He spent his weekends stacking and absorbing atrocities because grief made him feel heavy, knowledge made him feel heavy, so that, staring at a collage of the decapitated, he could relieve himself of the fear of floating away. In this way he saw the factory as the last enclave of an old narrative history: If history was no longer a spread-out narrative but a dense stacked whole, the only way to acquire weight was to act into that whole, to respond to all of history at once, in every flutter of an eyelash and every twitch of a finger; but in the factory, the whole of history had conspired to produce the one part which he must only twist and pass into the future.

Once he clocked out, though, this same universal-scale action proved infinitely harder, impossible in fact. He did the best he could, but his fears only fleetingly subsided. He would find some esoteric connection between a suicide bombing in Syria and a school shooting in Alabama, and this connection would seem to stretch across all the universe, and he would suddenly sink into his chair, unable even to raise a finger until, in the Related Videos sidebar, he noticed some headline that obliterated his connection, and he gripped the thin arms of his stick-chair, bracing himself against the coming wind. In such moments he daydreamed of the factory, although, in turn, he also daydreamed of just such fearful moments while at the factory, twisting his parts, though he could never figure out why.

And so on May 20, 2019, as the handsome torture-master shows him Butch.exe, he is terrified of the future, of permanent weightlessness, and on this, his final walk home, he replays memories of the factory, of twisting parts, of chatting on lunch breaks, of smiling at his own forgetfulness, and he cannot but chant over them, “Lies, all lies!” as he walks, his memories overlapping so that he punches his part before twisting the clock, or twists his lunch break before punching the next guy, as though his past, having revealed itself as the same sort of stack as all the other pasts, were passing through him and into the future, melting into the interminable sidewalk of a present that is no longer necessary, a long line of code that has been selected for deletion but which does not merit final merciful erasure, and so it remains a long superfluous line that cannot join the program but must nevertheless remain within it, an incarceration not due to any malevolence in the program, as there is none, but rather due to the immense impersonality of it, which is not a fault and carries no moral value whatever, but simply cannot stop; no, it is already everywhere at all times and cannot be escaped––as Butch melts into the sidewalk, into his aching tooth, though he has known for a long time he would not walk to and from the factory in Saint-Cloud forever, that eventually his factory would close as the technologies of 1889 became outmoded, but nevertheless he has hoped, he has hoped beyond infinite resignation, leaving him no excuse, now, for melting, such a shameful activity in these types of circles, so when a young child, twisting a Dum-Dum in her mouth, asks him what he is doing there on the sidewalk, all he can say is, “Never get old, kid.”