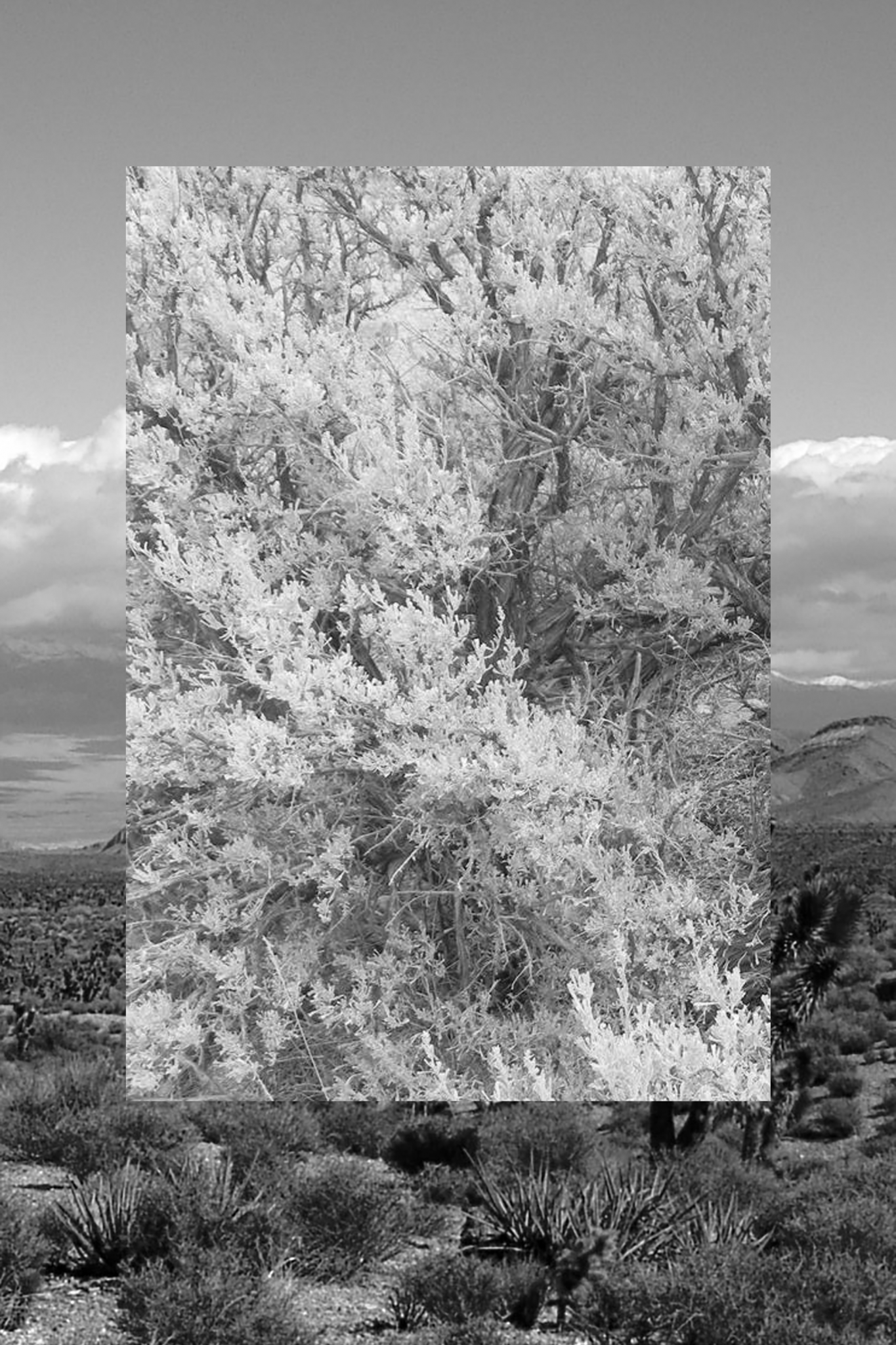 Lying in the sun feels like an opiate. Warmth consumes you. Either are incredibly helpful in some circumstances, but over-exposure carries fatal consequences. The sun was so close that light bled through sunglasses and shut eyes, painting my vision with pale, puffy bursts of colors: lots of peach, some queasy green. A streak of teal would appear, glimmering like the inside of an oyster shell, only for a moment. The veins within the thin skin of the backs of my eyelids looked like a redwood forest.

Eventually the warmth became unbearable. Walking into that salty water after lying under the sun for so long– I expected it to sizzle against my skin. My main objective once ankle-deep was to swim far enough out that I could float over the just-forming waves. It’s easier to swim deeper in the ocean. The hardest part is getting there, fighting the breaking waves and the tide pushing you back. Once there, I surfaced my body and felt the pulsating and vibrations from beneath the ocean floor. I focused intensely on them. I focused until I felt like they were mirroring the fluctuation of liquid in my body and my loud, constant pulse. Under the water, my leg brushed against a fish which darted away quickly. I moved slightly to avoid disturbing it in case it wanted to return to that spot.

Back on land after a long swim. There was a man a few yards away from me performing some Travolta-esque dance to amuse the woman he was with. His trunks slipped slightly as he danced, his ass crack now staring deep through me. I observed this for a few moments longer before my attention drifted to the sand beneath me. I subtly shifted my body weight and became captivated by the way the granules shifted, attempting to gain composure amongst themselves. For a moment they stood still, but whether from gravity or wind, the intricate puzzle each grain’s geometry had nestled into was again disturbed. A nearly microscopic landslide then occurred, imperceptible unless you happened to be watching very carefully, very closely, patiently.

I picked up a shard I came across while running my fingers through the sand. A piece of a shell, black. It had ringlets that sparkled under the sun, and small clusters of barnacles near one end. I hypothesized to myself that that shard must have broken from a more diseased organism. Perhaps the whole had shattered, giving up under pressure, and probably there are many more pieces like the one I held buried somewhere else on the beach. It was thin and seemed frail, like if I had applied enough pressure it could snap, but only if I purposefully tried to. I gently tucked it into my shirt pocket.

I went to California to visit my sister and watch her play soccer. With church bells ringing in the distance to mark the hour, her team huddled to quietly say a prayer:

I thank you O God

for giving me a body

which is fit and strong,

and for making me able to use it well.

When I compete with others,

help me, win or lose, to play fair.

keep me from boasting;

keep me from making excuses.

And help me always with good will

congratulate a better man who beat me.

Help me so to live

that I will always have a healthy body, and a healthy mind.

This I ask for Your love’s sake.

Later that night I joined my mother and sister to walk around a theme park—the area you didn’t have to pay to get into. Loud music and families arguing in more languages than I will ever know and long lines are a lot for me to handle at once. My natural defenses pulled me into my mind, meandering slightly behind my family, my mind blank. After about 20 minutes of navigating, we arrived at the ice cream shop– the reason for enduring everything else. The line for that was long, but bearable. The patrons in line hem and hawed amongst themselves over flavors, chuckling at the stranger ones (black olive brittle & goat cheese, tomato sorbet). I anticipated the sensory solace I would soon find within the shop: sweet smells, cold air, quiet, humming machinery. Instead, fluorescent lights cast grey shadows on the faces of the employees. The industrial sized churners rattled and droned aggressively. I selected my flavor without any thought, no samples, a quick monetary exchange, then back outside to a bench.

A single scoop of lavender and honey flavored ice cream on a waffle cone. Holding it in my hand, I realized I hadn’t had actual food in approximately five days. Two things happened the moment I tasted it:

First, I realized that the sense of taste is very good at overriding other sensory pathways. If you focus on flavor, texture, and temperature it is very easy to make the background noise fade. Taste is an interesting sense because unlike the other four, you have to actively use it. It takes some effort. You can’t really avoid feeling and smelling things, and sound can feel straight up assaultive. Even during sleep your sense of sight is working in overdrive, eyeballs flickering.

Second (I say second even though these two thought processes happened simultaneously), I realized that the last time I had an ice cream cone was almost exactly a year ago, plus a handful of days. For that last cone, focusing on the sensory aspect of taste to escape was not on my agenda. Black cherry ice cream trickled down my hand making it slightly more difficult to have a gold ring placed on my finger.

I recognized where this was headed and promptly put a stop to my reminiscence. Proust was lucky he was removed enough from his famous retrospective. At least he had a lifetime between what he was recounting at that moment. However painful it still might have been, wounds scab and heal over time. While the scar tissue remains as a constant signifier, it does an okay job and mimicking undisturbed flesh, hardened and thick and resilient. My flesh was still oozing, needing an antibiotic ointment and a changed bandage, to be left undisturbed.

I laid my head down on the hotel pillow that night, not tired enough to sleep, but exhausted. We were on the ground floor, and through the mattress I could hear mechanical noises and vibrations from the basement, probably laundry machines and dishwashers and all the other things that are hidden from a hotel guest’s view. The droning got so loud it seemed like it was the only other thing in existence besides myself. Just me, alone, in a dark abyss, and some phantasmal machine’s vibrations radiating my core.

I meditated on the sound for long enough that I found myself in a swirling color field.

I explored strange cavities, structures. I traversed along red sandy deserts with purple skies, looked up at strange trees, or what seemed to be trees in a landscape that was undulating and changing with every passing moment. As soon as my mind was able to vaguely comprehend what was in front of me it would transform into something else imperceptible. I continued walking, maybe floating through the space across rivers, amongst the stars, looking down at herds of some animalistic creatures.

After what felt like an eternity in liminality, I came across a palace. Massive, similar in shape and color to the Bolshoy Kremlyovskiy Dvorets. Upon entering, I realized I was not dreaming, in fact I was entirely awake. Perhaps in a deep Alpha or Theta stage, my brainwaves cycling somewhere between 4-13 Hz. With this in mind, I began actively searching for things in the palace of color. I walked up and down corridors, peering into doorframes past which laid grand libraries, bedrooms, common rooms with grand fireplaces. Figures passed who seemed to be people I knew—but not quite. I continued on, searching.

Then, a doorway. There was a window to the other side, but the glass was fogged. Behind it, a faint silhouette. I knew it was him, who I had been searching for.

I approached him in the door frame, his figure backlit by some vague golden light. My mind flooded with questions: who are you now? what will you become? what have you become since I last saw you? When are you? I placed my hand on the doorknob and then—suddenly—a sharp, dry, plead in my ear.

The world I was exploring vanished as I opened my eyes. I expected somebody above me, my mother, maybe my sister. Instead there was blackness, a hazy light from the courtyard just barely shining through the blinds. Nothing but a wordless, disembodied warning.

The next afternoon we set back to Las Vegas. It’s a straight shot through desert, nothing but dirt and Joshua trees and long abandoned ghost towns. Giant mountains dotted with black vegetation, somehow able to survive the harsh, arid temperatures, painted a pale purple by the 5 o’clock sun, not yet setting, but low. The sky was a clear, deep blue without a cloud in sight.

Traveling north on interstate 15, a little past the 87.5-mile mark near Yermo, lies a mound of earth. Atop it is a large, white, wire cross. From the car it is hard to judge the exact scale of the thing, but it must be around 50 feet tall. To the right, a much smaller but similarly manufactured Star of David. And to the left, a posted sign adorned in American flags, reads in big, bold letters: THANK YOU JESUS.