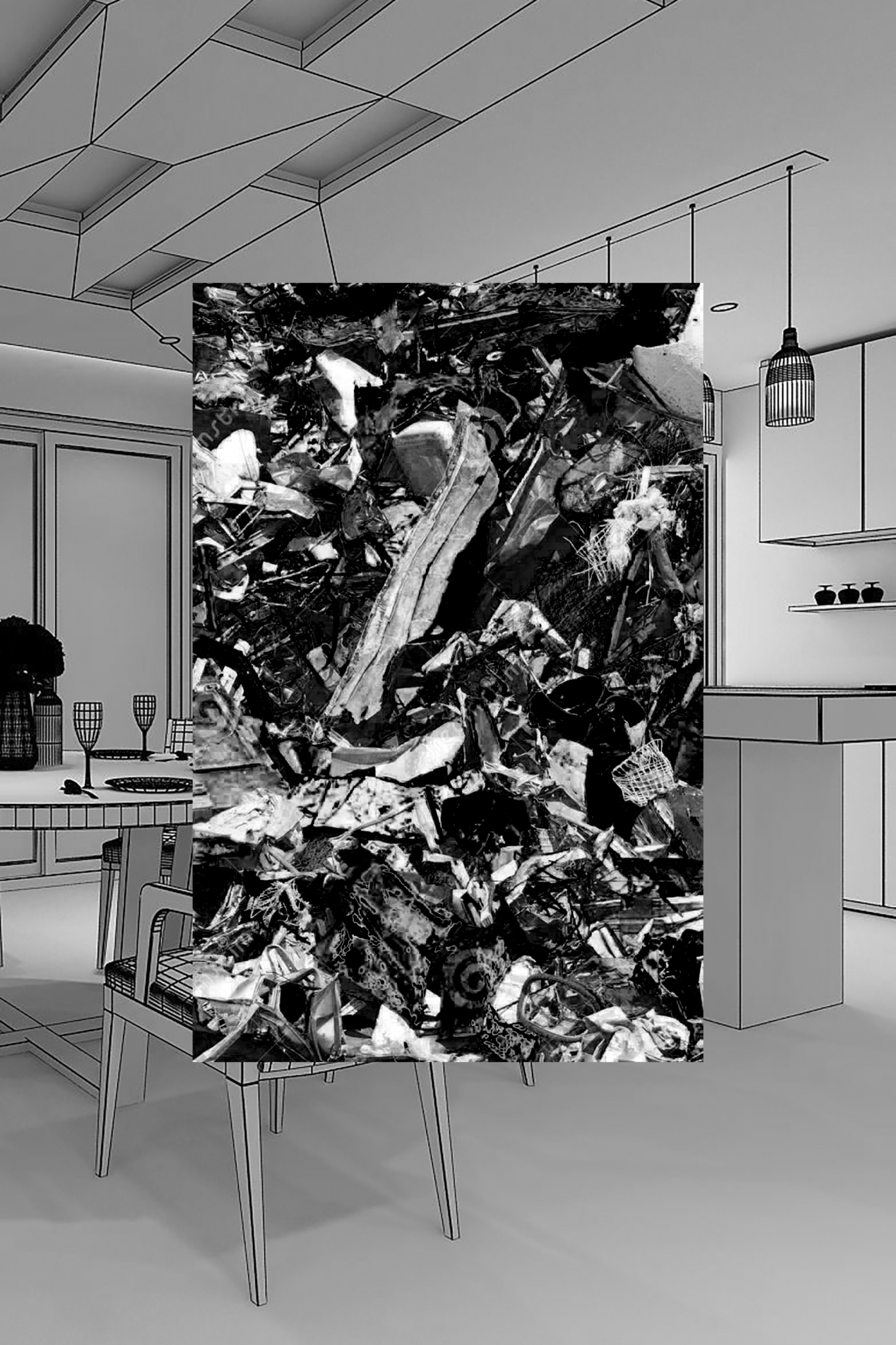 i came home from work today to find that every piece of furniture in my apartment had been cleaned. all the tables had been dusted and wiped off, some still slightly damp. guitar picks that once scattered the floor now filled a small ceramic bowl on my dresser. the mildew scent of wet carpet and cleaning supplies still lingered in the air. nothing had been taken or stolen. all my valuables still resided where they were last, money still hidden in the sock drawer, expensive razors still stashed behind empty bottles of buspirone. hell, the TV still looped the Netflix advertisement i had left it on last night, although the bottle of brandy i’d left on the coffee table had been wiped and put in the fridge (who refrigerates brandy?)

i had locked my door before leaving this morning, and no one else i knew had a key to my apartment. i had no maid, nor did my landlord offer these services, a short-tempered boomer in his late 60s who preferred giving me passive aggressive remarks as I was exiting or entering the building, rather than to confront me directly on any single issue he had. i had no close friends living nearby, much fewer ones who cared enough about me enough to break into my house in the day to clean up for me.

nor was the mess in there in an unlivable state. sure, a few t-shirts did scatter the floor of my bedroom. a lukewarm open bottle of $6 brandy had perched maybe too precariously close to the edge of the coffee table. a couple of pillows were pressed comically flat from daily usage. I did keep a 3-day old empty pizza box on the kitchen counter (it kept the kitchen area smelling like pizza, masking the rotting scent of the building’s structure), and a friend’s ugly jacket stained with bbq sauce sat patiently on the coat rack waiting for me to return it. though despite that each one brought purpose to the space. these objects had their own specific energies in the room. they cultivated an aesthetic, an abstract self portrait.

i wanted to sob. it wasn’t rational, but i liked how everything fit together. sterility is disgusting. those objects had meaning and purpose outside of logical use. everything had been stripped of love. although it was the same room as before and existed in the same area of space it had before, it had become aggressively foreign. it was as if an alternate dimension had subsumed the place my residency used to reside. filled itself to the legal edges of the rooms and digested the remaining matter.

day in and day out i suffered for that apartment god damn it, i should’ve been allowed to fill it.

who did this. space can’t clean itself, someone imposed their will on it. this was molestation. i’d come home and my apartment had been raped. my hands were clammy and shaking now. i mindlessly wandered the narrow hallway, repeatedly checking each room to see if maybe something remained from the previous mess. fuck, someone even fixed the lock on my bedroom door (it’d been kicked in by an inebriated coworker). fuck this.

everything smelled like chemicals. nauseating. you could practically see the fumes of the bleach rolling listlessly around the apartment stinging your eyes and burning your throat. aberration. i went to open a window but the glass was stained with Windex, magnifying the sun’s light and burning my face to a searing crisp. artificial. a simulacrum of my apartment. an abstraction of an ideal space made physical, made hyperreal. every new thing i’d discover like another stab in my lungs. the poor spider who’d built beautiful intricate nets in the space between the shower door and the ceiling was gone. most likely dead, gassed with cleaners or squashed by an unknown assailant. i missed her. did she even catch anything in there? was she weaving those tapestries for me? what an ungrateful way of paying her tireless work back.

could i start over? that’s the terrifying part. i had no clue who cleaned here or if they were coming back. was there some specific offense i had made? had i crossed a line? i was given no rules to the apartment, outside of the ones my landlord set, but i hadn’t damaged anything permanently nor was the place excessively dirty so it should’ve been a non-issue. i’d done nothing wrong and despite that my room was cleaned and my brandy was chilled.

right now i am standing in foreign territory. i’m too tired to piecemeal the place back together. i put my thin jacket back on and left the building. despite being 7 PM the sun was still relatively high in the sky and followed me around burning the back of my neck with its gaze. fuck the sun. i’m going to subway to jerk off.