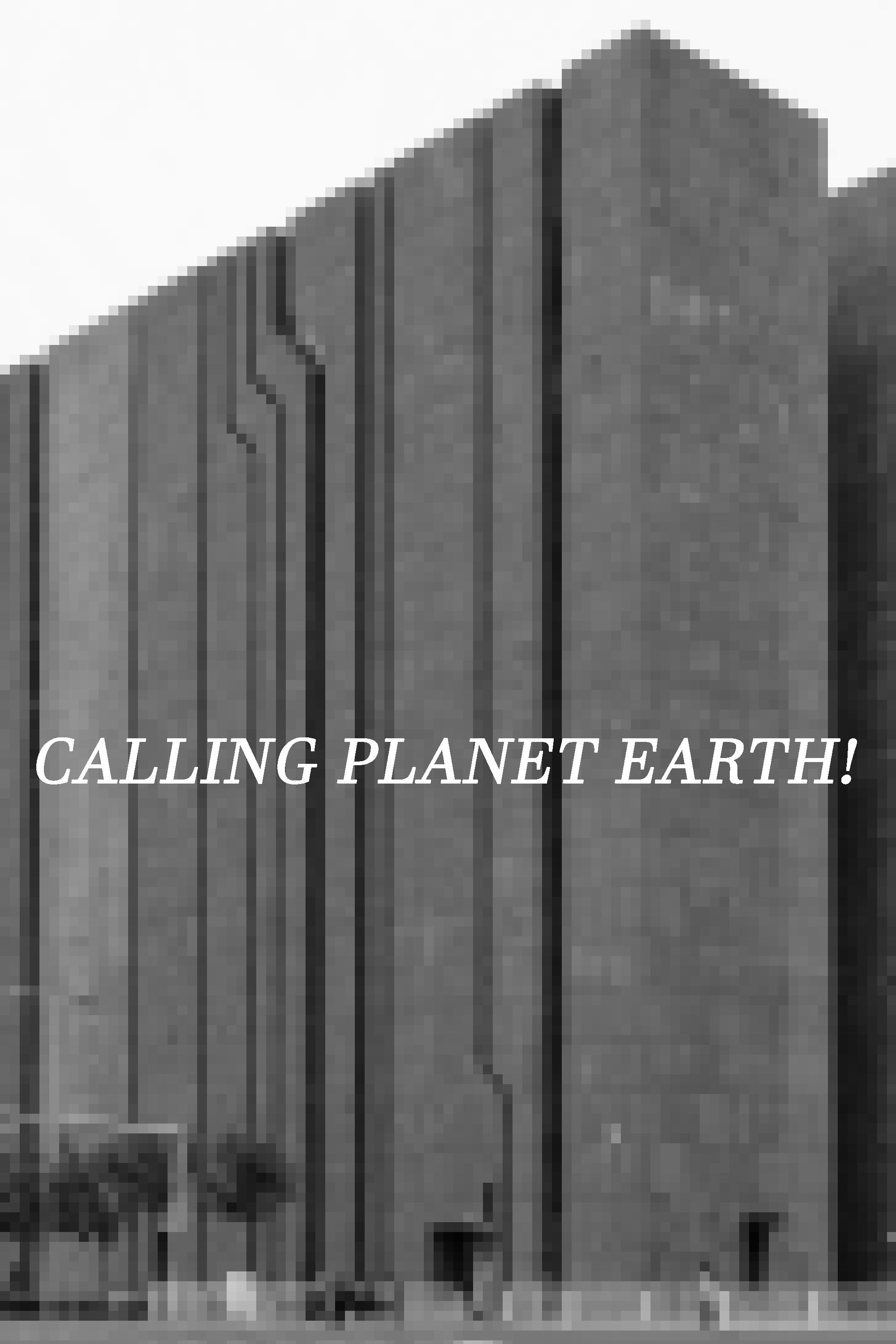 Few need be convinced that the Black individual is the ideal example of the ‘other-being’. What may take a bit more convincing is that the transnationalization of the Black condition was the constitutive moment for modernity. In the first volume of his monumental study of the development of the capitalist mode of development, Capitalism and Civilization, Fernand Braudel cites the Black Slave as the key gear which allowed mass European migration across the Atlantic, for without this slave population the available labour-power would not have reasonably sustained the colonization efforts, a central fact of Mbembe’s Critique of Black Reason. “The progression from man-of-ore to man-of-metal to man-of-money was a structuring dimension of the early phase of capitalism.” This same movement, the invention of blackness, has been central in the continual modernization of the objet d’art (objet du son?), most notably in the development of European primitivism.

Summarized by the phrase “summons, interiorization, and reversal”, Mbembe locates the figure of Africa and the notion of the Black Individual at the heart of the conceptual development of contemporary art. The Black Individual, in their supposed inertia lacked what was “necessary” to explore Existential Territories outside their own. Their capacities for interpretation and conceptualization were regarded as belonging to “savage mentality”. It was the White European who was able to employ a history and rationality to the Black Individual’s irrational degeneration. Here we find the first type of movement of the refrain, the creation of Blackness as the ‘inferior other’, the creation of a territory. The second type appears in almost the same moment, the affirmation and protection of the territory. For the White person, this means a distancing of oneself from the Black individual. For the individual plagued by their Blackness, we are left to seek self-degredation to the limit of annihilation. Finally, the Black individual crosses a threshold whereby they have been supposedly liberated by the chains of their race. However, Mbembe notes that even this last movement, still relies in part on the continued existence of a notion of Blackness rooted in European Colonialism. It is in this space most frequently we see claims to the “re-educating” and “civilizing” mission of the onto the Black individual, such that they may be stripped of their Blackness finally gain their humanity. It is under this guise that “neocolonialization” and “urbanization” projects take place. There are no easy solutions to the dilemmas presented here. What is made very evident is that if we are to speak of a survival of any form of humanity (or something beyond), it must be one based in the concepts of restitution and reparations.

THERE ARE THREE “O” ’S WHEN TWO TERRITORIES MEET

o: The Territory, The Planet, Code

os: the word for the mouth or opening
symbol of change, process, becoming, transcoding

OURS IS A UNIVERSE WHICH PRODUCES DISSIPATIVE (SELF ORGANIZING) STRUCTURES VIA A MOVEMENT THROUGH “UNSTABLE DYNAMIC SYSTEMS, RANDOMNESS, AND IRREVERSIBILITY.” ANY REDUCTIONIST CLAIM TO LAWFULNESS, DETERMINISM, AND REVERSIBILITY, TOWARDS DISINTEGRATIVE STRUCTURES, DOES NOTHING LESS THAN DENY MIONRITY BODIES ACCESS TO ORGANIZATION.

SELF ORGANIZATION IS NEITHER GOOD NOR BAD. IT HAS NO ETHICAL IMPLICATIONS ON ITS OWN. THERE ARE ONLY COUNTLESS FAILURES OF ITS ATTEMPTS.

I SPENT WAY TOO LONG LISTENING TO KANYE AND LOVING VANESSA BEECROFT. HOWEVER, I STILL HAVE TIME TO EXPRESS JOY.

WE ARE RUNNING OUT OF TIME, BUT THE TEMPORALITY OF GATHERING HAS UNBOUNDED POTENTIAL

THIS IS NOT A METROPOLITAN FIGHT BUT A GLOBAL ONE. PEOPLE FROM ALL TERRITORIES HAVE JOINED. LEST WE FORGET THE TUAREG HAVE NOT STOOD STILL.

I SMOKE WEED TO COPE WITH THE NEVER ENDING TRAUMATIZATION OF THE BLACK BODY BY THE POLITICIAN, THE MEDIA CORESPONDENT, THE INSTRUCTOR, THE OFFICER, THE ENGINEER. THAT DOES NOT HOWEVER ABOLISH OUR CAPACITY TO ACT. AT ITS WORST IT CAN ONLY BE DIMINISHED.

It is the equation which serves as the bridge to the immeasurable, eternal alter-destiny of co-coordination. Only after a Cosmic becoming-in-tune of the Ear of the community can we begin to approach this plane. We must be able to hear the alter-hints of the UNI-verse to heed their warnings. The alter-destiny actualizes the unknown mystery of cosmic uncertainty. It is this randomness which overtakes history through the chaotic my-stⒺry. On the other side of time stands an irreversible durée. The alter-future it presents to one is necessarily unique and unreproducable. Singularization, separation implying non-separability.

The language of the alter-equation is Cosmic music. The sounds of the Kingdom of the Not sing praises in polyphony through improvisation of rhythm and vibration. It is its vibratory characteristic that makes Cosmic sound aesthetic, for any creative action is of different degrees of vibration. The negativity of creation is not a deductive negativity, nor is it reductive. Instead, it is a neg-activity, anti-productivity. What was is not, but what also never was is not. The Creator makes but one demand: peace and happiness through all the land.