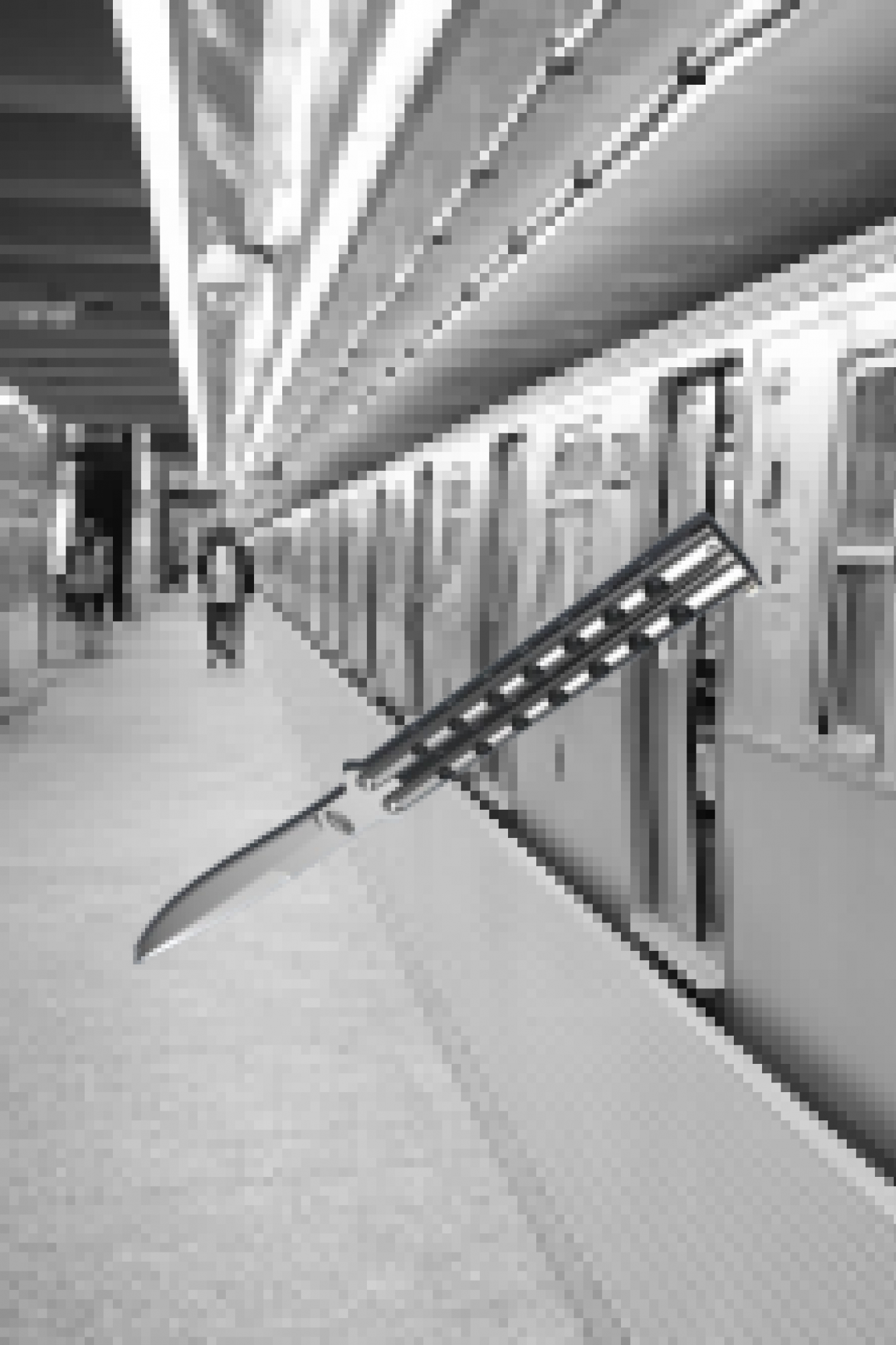 If you cherish someone with enough anachronistic tenor, and stay unwavering in your devotion, they will be driven to torture you, unwittingly, unconditionally, by contrast. A relationship runs on whatever benign conditional ordinance established it, then coasts itself dead into a smitten lap. Substantiated or anonymous at its declamatory ground zero, the love coo functions as fact, then fiction, and registers between recipients ambidextrously, regardless, the countersign of an ideal human connection based on frequency alone, an abstruse pattern extracted from (the rest is turbulence) the pitch of whoever drew your chemicals on, both culprits problem solving their groins into an equation, the tuft of pubic tendency for which there is no pill to quell. Thankfully, the worst potential reality is always what just happened. Neurochemicals spur our collective matrimony fetish through a libidinous recycling of partners at least once a decade. Any spectacle of profound exclusivity between lovers is one-hundred percent façade, a damp gamble of who your pheromones strand you with, beneficial for the antique purpose of disgorging microbes by the brood. Wedlock monomania self-anoints its fraud, leaves us the compounded passenger of our perseverance, isolated inside procedural marriages, economized on a seesaw of laundry, the placeholder for an unnecessary amount of DNA: that stuff they’ll take off of you in samples when I’m done. No atrocity I bake up during the following treatise will match this territory’s vanilla dimensions. Whoever I defile is part of the same seductive pulp, mutilated until there is no practical amount of blood to fawn over, sprinkling till we part.

The priest leaves you at the throat of your other. Despise yourself enough to fall in love with someone who can make no exception for your kind and reduce them to your own exception, in vain. Find who exploits your basest flaw as a form of masturbation and let their guilt morph into their fear of being murdered in response. Have your faux pas pried apart in public by someone who forces you to prove nonessential facts. Put your urinary tracts on autopilot. Embalm the provider with your snatch. Get your pud in a state at her expense. He is categorically gross. Her period authored the constitution. Speak like zombies until nature disappears. Take your spouse’s insults as gospel. Be neurotically passive aggressive about each other’s pasts. End up their mockery in court. Backfire in unison. Submit to the bipolar scrutiny of whichever humanism against art pays the most. Monger through the counterfeit uproars of each media blitz. Never become lethally valueless to your homeland. Use your product to contrive a semblance of dignity and thank what little god there is. A god could bless you, if it hadn’t long ago and quite effectively recoiled its whole flank from our galaxy’s ghetto. Refuse to pass judgement until people provoke you into skipping them straight to the death penalty. Rewrite every countless rape in history as a tickle with good intentions. Displace slurs magnanimously. If neither of you will play the victim, sex is over. Ignore that fucking is warfare at your pettiest contrivance. You must both long for death and never withdraw from it with selfish, paranoid neuroses at the thought of one another. Explicit, pent up outbursts belong to him. Cold and silent brutalities belong to her. Every monogamy kills its girl. There is an empathy too cruel for condescension. There are abuses too refined to be recorded. Hate carries sublimities beyond blame. Love is a chemical spill of sophistries. Stay together, especially if death is the only response.

I now pronounce you commendable nemeses stocked with ovaries that are financially solvent. Do they retract if you dare show patience? I’m a little preemptive with my rapes. Such is my gender’s habit. No doubt a certain panache can imbue the act. What I admire does not involve procreating the specter of each other’s resentment and withering under the outdated fulfillment of your predisposition, but a torture classified beyond distillation. Which rebellion inspired the other first, pimp or product? By way of example, to match the psychic damage your personal brand of discomfiture inflicts (miss beloved), as I cannot replicate this particular martyrdom myself, I would have to search my talents and devise for you a cage, to stick the bars, conjoined, through your many softer outlets, keeping you, my contraption, on what passed as knees, five years down the line, pottying in your mouth for sustenance, and somehow, at the end, have you come away still loving me for my crime. This is an impossible accomplishment, and a great betrayal to the power scramble my gender dignifies, because I am not likely to hurt you outside of the fantasy necessary to keep this sort of behavior vaguely relative, posolutely in my pathetic case. There I have failed you as a comatose provider. You want a man just psychotic enough to be another accomplished father and husband. To draw out the platitudinous suffering of your kin together. I am a psychopath for the sake of a far less profitably bent cause. My revenge is only enacted if you read these words. Surely you will skim them. So did I. On the off chance that you notice familiar vapid effronteries on your behalf within these pages, I am grateful to donate myself to grudge-making as a consequence. My anecdotes intend to corroborate that you, too, were another blip in our overlapping spectra of cursory lovers. I write letters like these, as I write all my work, and love all my loves, in gratitude to the dumpster they are destined to embellish. If I could be lynched with your panties, my death might equate your level of tepid sexual dispensation, and the happy, gurgling ukulele noise coming from my protoplasmic maw might provide a sufficient mockery of nostalgia itself.

Each trauma makes less of a distinction, stretched across the rack of your fermenting bilge. Nothing competes with the distending crotch of time. Maybe I can institute the status ascendency you yearn to have arbitrary approval from, since you already took my inventions for hurting you and used them to buttress a sitcom lifestyle. The reason I am harmless is because no army, no matter how cruel, would be capable of inflicting the damage of my recompense, even if they grew old trying. Allow me to delineate your statistics with a couple of pointless tales in the newspaper language of your kind. My vanity comes less from the contorted word, more from that I hold out hope that you will one day be mine to spite the world, not to fucking join it. With this in mind, I drew us up some vows, vows the fashionable beau you fake your skin near would never approve of, because, coming away from them, he might be freed of his delusion of control. That loss scares men, or sets them thumped into their inarticulate spittle, but, sorry to say, poets capture such invigorations nightly and for fun.

When you suggested casual dating is amoral, excusing yourself for dissimulating our relationship, I thought perhaps you should be condemned to host your own talk show, but the covert proposal you meant to assert was that immorality itself was exclusively your domain, to the extent that any mere amorality could never massacre enough people into loving you. Now I applaud – as I have for the too few acts of momentous violence perpetrated against me – in retrospect. Yet, I am incapable of imagining a greater amorality than allowing multiple partners to think that their love has been interpreted by you as something unique, while you dangle each rube in stasis, passing, unmoved, between them. You like to encourage a perfidiously catered obsession. I realize you have been parted around some inductive reasoning in favor of your biological clock. You stuck a hat on that instinct at my expense and I aim to boil you and the alpha who survived inspection, once you reach the final trimester, for the crime of commonality and in the name of population control. Not for any moral reason, but because I am aesthetically unaroused by having fucked a winner, and that is how you accidentally occasioned a reversal of the continuous rape between us, underestimating the more diverted, slightly less typical field in which I am an expert, at which I am gloriously, and finally, a success. So, sleep soundly on the foundational testing grounds of my affection, because I will devour you there. I used you to practice being in jail.