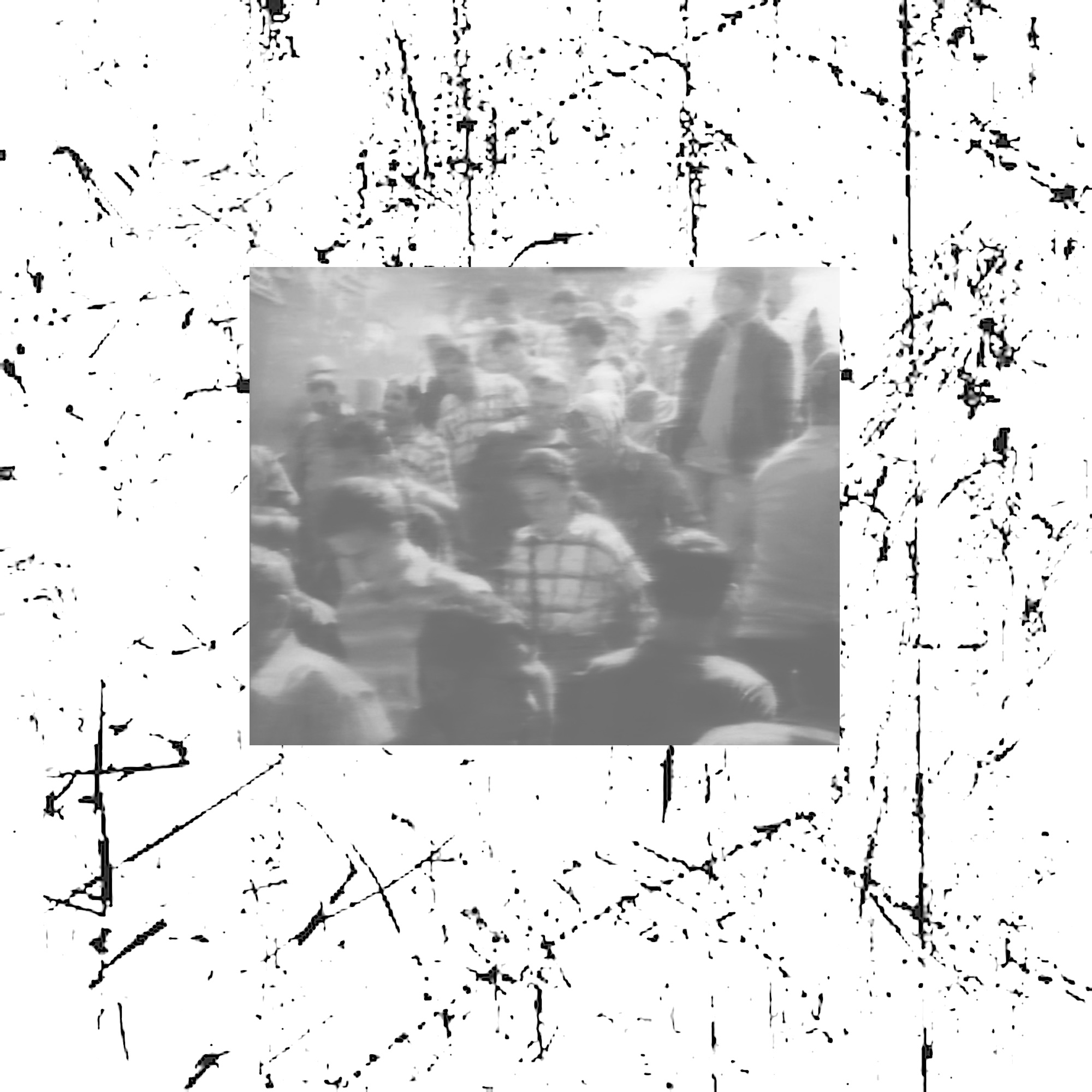 Chen supported the Cultural Revolution, and after the Ministry of Culture was dissolved, he joined Jiang’s Arts and Literature Group. In 1970, he wrote an opera called The Golden Mango and lobbied Jiang to add it to the list of “model plays;” she refused. The play contained several positive references to Lin Biao, and it was used as evidence against Chen after Lin’s fall. Chen was purged in October 1971, though his father’s influence shielded him from arrest. In 1979, he received permission to travel to East Germany, and never returned to China, dying of a stroke in Berlin in 2002.

Chen spent the final decades of his life working on his memoir, Secondary Contradictions, written in German and published posthumously in 2006. The book was sharply critical of the post-Mao Chinese government and its market reforms, which had, in Chen’s opinion, betrayed the revolution. Chen also revealed that he had had sexual relationships with men while he was a student in Germany, though he had refused to act on his desires in China, knowing that they would hinder him from participating in revolutionary life: “The principal contradiction must play the leading and decisive role,” he wrote, quoting Mao, “while the rest occupy a secondary and subordinate position.” Reviewers praised the book for its candor and its spare, impactful prose; it was banned in China.

Florian Klok was born in Dortmund, where his father worked as an accountant for a mining company. He volunteered for the army in September 1914 and served in the General Government of Belgium. After the war, he worked for architects in Cologne and Bremen, where he came under the influence of Fritz Höger, and quickly distinguished himself as a skilled practitioner of Höger’s Brick Expressionism.

In 1923, Klok received a commission for an office block in Copenhagen, and he spent the next five years in Denmark. This was a time of professional and personal success: he designed several large buildings in Copenhagen, and in 1925, he married Sofie Beck, the daughter of a soap manufacturer. Their only child, Albert, was born the following year. Klok’s early work was characterized by clean lines and sharp edges, but in the mid-1920s, he began to embrace more organic forms, as in the Blasehaus, the rounded glass headquarters that he built for his father-in-law’s company.

Klok returned to Germany in 1928 with a commission to build a new town hall in Kiel, but the project suffered various setbacks; after the 1929 stock market crash, it was cancelled. His fortunes recovered in 1931, when he designed a housing estate in Dortmund. The building was praised for combining the functionality of the New Objectivity with striking brickwork, and in the subsequent years, Klok built several other housing estates throughout the Ruhr.

For most of his life, Klok avoided politics, but after Hitler took power, he joined the Nazi Party, fearing that he would no longer be allowed to work if he were not a member. In 1934, he wrote a letter to Joseph Goebbels, arguing that modernist architecture represented “the highest achievement of the Aryan race.” Nonetheless, Klok’s work was proscribed as “degenerate,” and he was expelled from the party. He and his family fled to Copenhagen, where he eked out a living as a draftsman. During the German occupation of Denmark, Klok was under constant surveillance by the Gestapo. His son was arrested in 1944 for breaking curfew, and the Kloks were sent to the concentration camp at Frøslev, where they remained until the end of the war. They moved back to Germany in 1946, but Klok never recovered from his wartime experiences, and in July 1947, he drowned himself at a seaside resort near Cuxhaven.

Mary Hamilton was born in Halifax to a British father and Québécois mother. When she was ten, her parents separated; she and her mother moved to Montreal, and she took her mother’s maiden name, Richard. After studying at McGill’s Royal Victoria College, Richard worked as a journalist at various francophone newspapers in Montreal. Her reporting took her to every corner of the city, from working-class Saint-Henri to the halls of government in Old Montreal.

From 1932 to 1943, Richard wrote Ville grise, an enormous book on Montreal. She struggled to find a publisher for the nearly twelve-hundred-page manuscript; a shorter version—only seven hundred pages—was eventually published in 1946. Critics debate whether to classify Ville grise as a novel, a work of non-fiction, or something else; one reviewer called it “a vast cubist portrait of the city in which colonial fur trappers stand side-by-side with electric streetcars.” The book has often been compared to Ulysses, though Richard claimed that she had never read Joyce.

Richard famously refused to allow her book to be translated, calling it “inseparable from its language.” “If you want an English book,” she wrote to an editor at Penguin, “I will write you an English book.” At Penguin’s request, Richard completed an English book, City of Stone, in 1951. Penguin billed the book as a translation of Ville grise, but the two works are substantially different: City of Stone, for instance, is nearly two hundred pages shorter. A true translation of Ville grise was eventually published in 1982.

In the last decade of her life, Richard dedicated herself to politics. She was an early advocate of Quebec sovereignty, and ran for parliament in 1958, winning three percent of the vote in her riding. An atheist, she courted controversy by writing articles that criticized the Catholic church and its influence in Quebec. From 1937 until her death, she lived with Louis Gagnon, a fellow journalist; they married in 1959. Three years later, Richard died of kidney disease.

Born in Christiania (present-day Oslo), Per Ruud was the only child of a young widow. His father, a customs inspector, died of fever three months before Ruud was born. His mother, Kristine, decided not to remarry, despite several offers, and instead devoted herself to her son; Ruud, in turn, developed an intense attachment to her. Supported by his mother’s family, Ruud received a middle-class education, and after finishing his degree in philology at the Royal Frederick University in 1873, he took a civil service job, which he held for nearly forty years.

At the age of twenty-one, Ruud began to keep a journal. Terse and fragmentary, it records his frustrations at the office, his romantic failures, and his observations on city life. For many years, he also tried to write short stories, but had little success. “Fiction is impossible,” he wrote in his journal. “Life does not give us enough material.”

In 1895, Ruud paid for the anonymous publication of Pieces, a collection of fragments and aphorisms drawn from his journal. Heavily influenced by Arthur Schopenhauer, Pieces reflects on failure and exhaustion in pithy, broken language. One hundred copies of the book were produced; eighteen were sold. Over the next decades, Ruud continued to work on Pieces, self-publishing new editions in 1902 and 1910. Though he added a few aphorisms to the later versions, he also cut significantly from the text: the first edition has two hundred and ten pages, while the third edition has only sixty. “Ideally,” he wrote, “the book should be reduced to a single word: ‘No.’” After his retirement from the civil service in 1912, Ruud considered producing a fourth edition of Pieces, but decided against it by quoting one of his own aphorisms: “Wisdom—understanding how little you have to say, and how few there are to hear it.”

Ruud was also an amateur naturalist, amassing a large collection of marine fossils and publishing several monographs on the geology of Norway. A lifelong bachelor, he lived with his mother until her death in 1919. Two years later, he died of a stroke, bequeathing his fossil collection to the new Geological Museum.