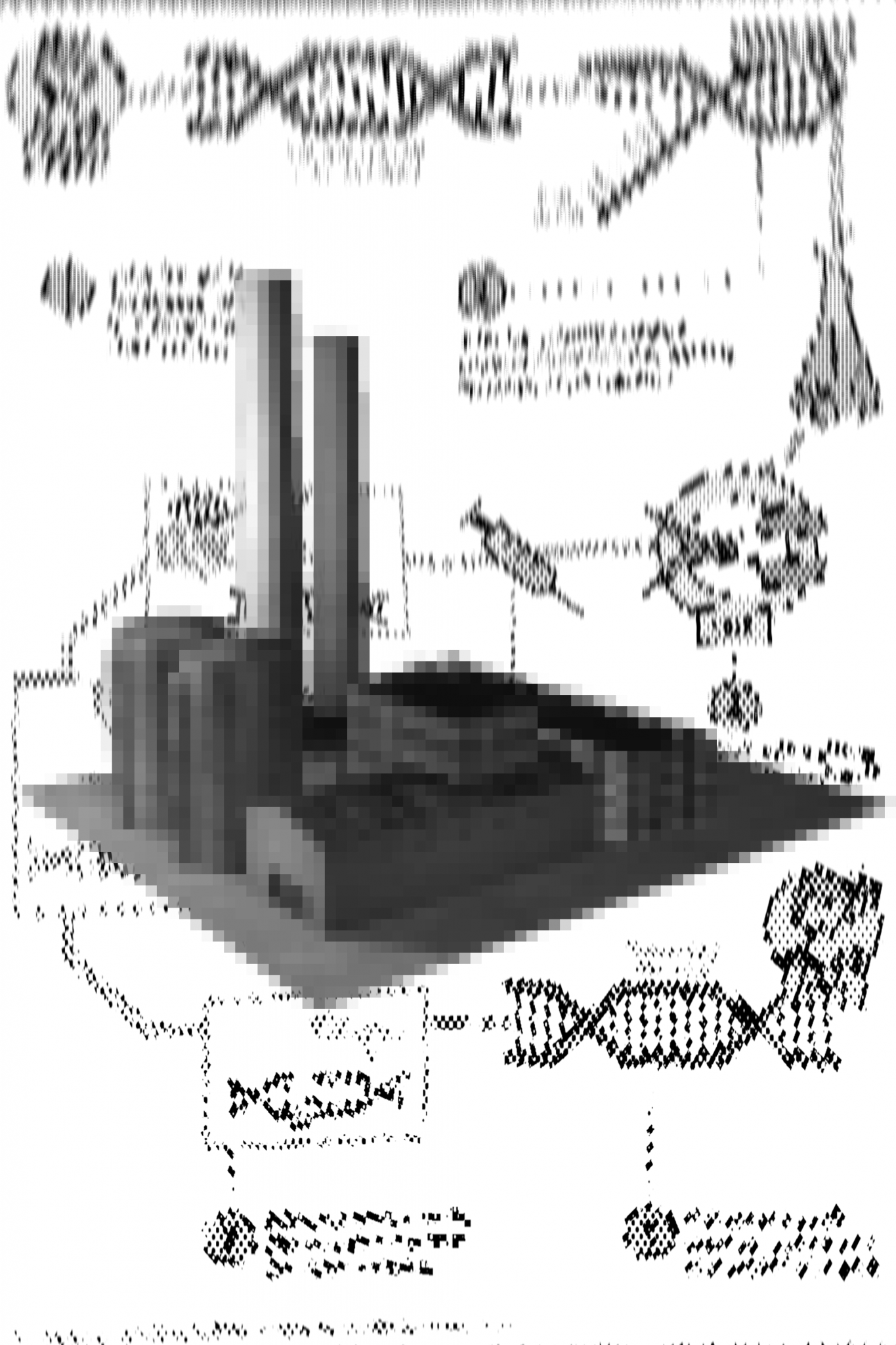 The civil war never really touched us. Every once in a while we had to mutter shibboleths to get past men in different hoodies, but they were pretty obvious about what they expected so you didn’t have to worry about it too much. Hard to get fruit for a while, hard to get corn for a while. You know how it is. On the radio there was the usual chatter about glory devices going off far away from us, but besides the one in Longview there was never really anything like that too close to Olympia, and that was a year ago. Then one morning most of the radio went silent and there was music, and we were all told we had been liberated. People celebrated, drank hard seltzer, broke out fireworks, grilled a little meat, shot their guns into the air. Few murders, few hangings, nothing major. I-5 was clogged to shit all day, northbound and southbound both, full of people with all the money they could take out of the bank at once, and we all had a good laugh about that.

Hot pockets in the evening, and in the morning a bowl of cereal.

I woke up the next day and it was Monday, and I wondered if it meant I had to go into work. I mean, the reds had won, so maybe I didn’t. But I wanted to keep everything straight so I clocked in at 8 AM. Richardson the foreman looked like hell, told us he had gotten into molly with some wobbly strange because who was gonna drug test anymore, and he was stressed out about what the war being over meant for production. The boss never showed up; everyone said he was probably headed for Canada or Cali or something. But management was still breathing down his neck. One of the guys in the skin and hair department told him he could probably tell them to go fuck themselves now, but he shut that up. “Without us, society grinds to a halt,” he said, “revolution or no revolution. Maybe in the long run we don’t work for management, but we gotta work. And if anyone has a problem with that -“

“Yeah, and who’s to say that doesn’t mean severance now?”

“Shit.” The foreman frowned. “I didn’t think of that. You wanna walk?”

“Alright, I’ll have to run it up the flagpole with the boss – or – oh. Damn. Well, let me check something real quick.” He ducked into the cubicle block.

“Think he’ll run to Cali too?”, one of the CRISPR stiffs said. We all laughed at that.

Just long enough passed we didn’t joke about anything else. “Alright, I had a look at payroll. I guess we’re all getting a raise. How’s 20% sound?”

“Fine. Five years of seniority gets you 40%, less than that gets you 20%. That sound alright?”

We grumbled about it for a bit among ourselves but we eventually agreed to something like that. Management wouldn’t be happy, but I guess that didn’t matter. Around 8:30 we started getting soft alarms for caul squad. That was me, so I went over there with my light cutter and got to work. I was good at my job; I had to be to stay around. The turnover was real high for insurance reasons, because if you fucked up bad enough – and everyone fucked up at least a little – it could get the factory charged with murder if the polycarb womb tank was fully open at the time. Caul cutting was especially hard. You and your drainer had to get the neonate out of the oil bath as soon as possible without damaging them, which meant you got docked, or killing them, which meant you got fired. Your hands got slick with what we all called baby oil but couldn’t call baby oil on the floor, even under your gloves. We complained about how easy it was for baby oil to percolate through those thin nitrile pieces of shit but nothing ever got done about it.

But I guess now something would have to.

About an hour after our lunch break I got one with hair. The oldheads always said that was a bad sign, that all the genes that give people shitty lanugo hair that falls out later were supposed to be CRISPRed out, but the CRISPR stiffs kept telling us it was epigenetics and it wasn’t their fucking department. Epigenetics was all guys in lab coats who had doctorates, didn’t really mingle much. Part of me felt like they were easy to blame for anything that went wrong, but part of me felt like everything I could remember going wrong really did turn out to be their fault. I told my shift lead, Fevrier, about the one with hair when we were out later, and she said, “Fucking hell. Still? I figured -“

“You figured everything was going right, so nothing’d go wrong,” I said.

“Probably,” she said. “They’ll have to adjust. We all will.”

I laughed. “Yeah. All the rules are out the window. Maybe now we’ll get to use the word “baby” on the floor.”

The chime went off when I said that. “I thought we turned that shit off.”

Fevrier stubbed her clove out on her steel toe. “Management’ll probably throw a shitfit about it, but yeah. We’re back in the baby business, baby.” (Chime! Chime!)

So we went back to the business of making babies. (Even in my head I could hear the chime.) I cut 50 more cauls. The drainer on my second shift was Herrera, who I had been sweet on before I found out they weren’t gay. There’s just something about drainers, y’know? They talked about finally getting their damn hair dyed, and I was like: sure, you do that. I guess everyone’s going to be dressing a little gayer now. It’s a wild time to be alive.

Hot pockets in the evening, and in the morning a bowl of cereal.

The next day we lost the contract with the Army, some kind of ethical thing from the guys running DC now – or whatever they were gonna call DC now it was gonna be its own city, probably not named after two murderers – so we had to cut production. The payroll was there for the raises, but we all had less to do. Management was screaming about it, except one very calm guy in Accounts, a new guy, didn’t know his name. “We’re cutting deadwood,” he said. “This frees us up from our exclusivity with those goons -“

“It frees up our research on hyperreactivity and DHT responsivity, you mean,” said Chesney, a high-up from CRISPR, his voice dripping with sarcasm. “I’m sure people are going to be lining up to buy babies -” (chime!) “- oh, for fuck’s sake – lining up to buy neonates whose hearts shit themselves like clockwork at age 60!”

One of them, I think Eames from Accounts, gave me a mean look for listening in, and I grabbed my crotch and stuck my tongue out. That woulda gotten me fired before, but who cared now. Eames looked like he was about to break off and hit me so I laughed and walked away.

Got our first shipment of baby oil from Norcal, which at least proved the war wasn’t going to immediately disrupt production. We were all pumped up about that. The foreman looked like hell, but he always looked like hell now. Another couple shifts, another 70 babies cut loose. Nothing else really happened that day; this was just what life was going to be like now. I thought sometimes about going to Creche and seeing the little bastards off, but I was rarely that sentimental. The foreman had been, and so had Fevrier. Maybe I ought to, but not today.

Hot pockets in the evening –

I dreamed that night, real vivid, about being one of the neonates. I had that dream sometimes. Sometimes it was good, sometimes it was bad. The polycarb womb tank always opened up like a giant clamshell, like it never did in real life – they’re not that smooth, not that fast – and one of the caul squad cut me loose. That was where, if it was gonna go bad, it went bad – they mangled the hell out of me, used the wrong cutter for the undercaul, that kind of thing. But this time it was Fevrier doing the cutting. I trusted her. Richardson came by and told her they had to let me go. I asked why and the foreman said, “It’s all the hair. Turns out CRISPR *did* fuck you up. It’s going to look bad to corporate if we have someone on staff who shows off how bad we could fuck up.”

“That doesn’t matter anymore,” I said.

“No, I guess it doesn’t,” said Richardson. “But you watch your ass. Both of you.”

– and in the morning, a bowl of cereal.