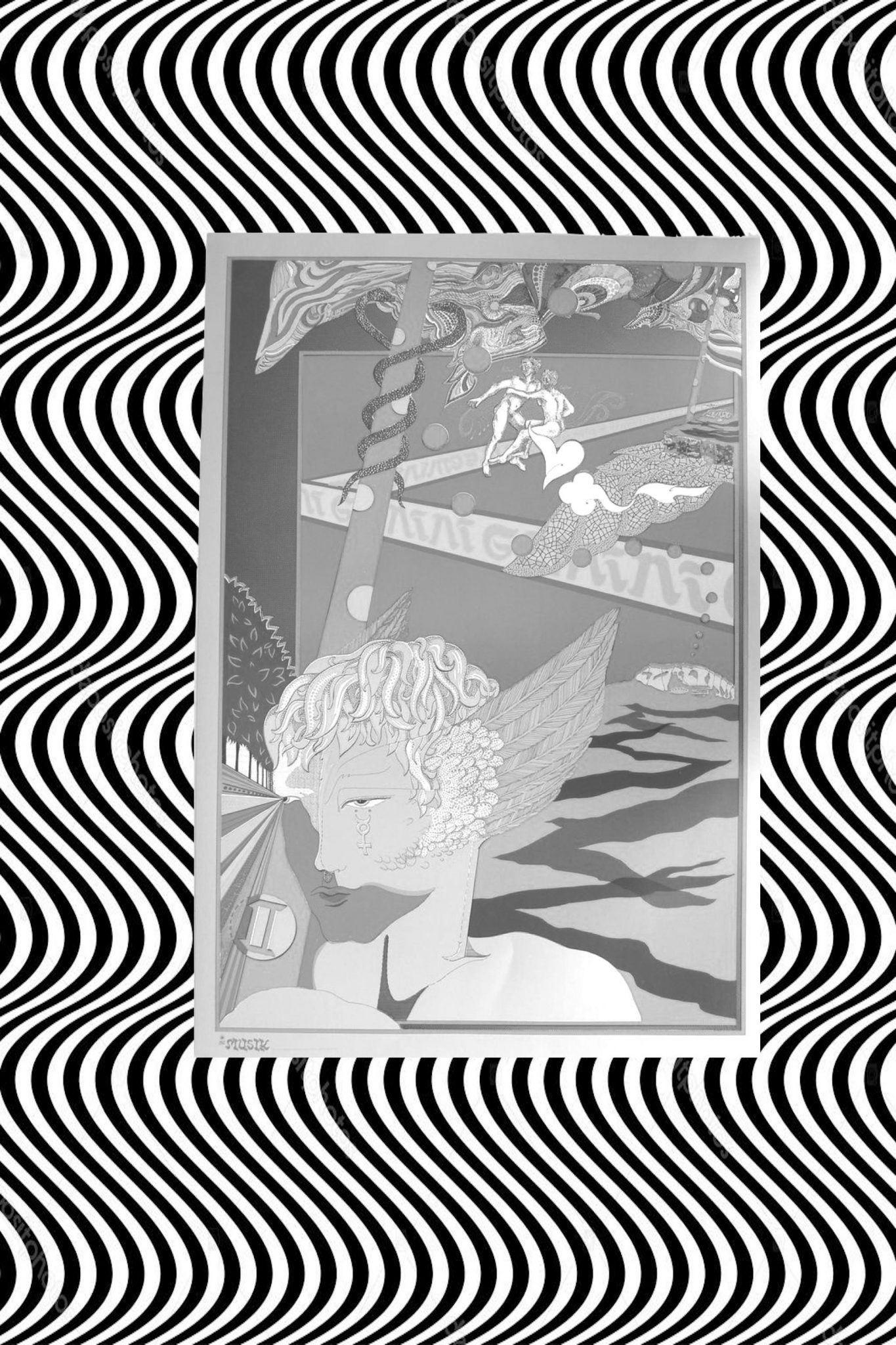 Late October, early evening, fourteen years old, 1984, living with my mother and her boyfriend in their small two bedroom apartment in North Phoenix, the clamshell of my turntable gathering dust gave the illusion of something permanent. I had a room of my own! Dust filtered through the slatted windows, settling over everything, no matter how tight I ratcheted the crank — I could tongue the fine grit on my teeth, feel it on my skin, the scent of it embroidered in my sheets, and when I dragged a finger across my album covers, my record collection being the most important thing in the world to me, the thin line of broken dust may as well have been the Red Sea. A record store sat in an unadorned strip mall four blocks from my mother’s apartment, wedged between a comic book store and a dismal thrift shop, and on Saturdays I would walk to the record store to spend the money I had earned working at my father’s wrecking yard. The sun still hot, even this late in the day. I saw a boy, maybe twenty feet in front of me, cross the street, and I quickened my pace to catch up to him. He had dark hair, five seven or five eight, my height, had a petite yet masculine build, and was maybe fourteen or fifteen — my age. He moved neither quickly nor slowly, ambling, in a hurry to get nowhere. His arms in his T-shirt, caramelized by the sun. I could see the white of his biceps, where the sun had no business. As he walked his rump moved easily in his jeans, two ripe peaches competing for shelf space. I was entranced. Lightheaded, the heat of my bedroom having gone to my head, the evaporative cooler too far from my room to push the heat away, and at night I’d lie on my bed with my shirt off, wishing I had an oscillating fan, and now, outside, following this boy, I was an unseen, unknown, rare, highly poisonous snake in the rocks, ready to strike at any movement, a genus not yet cataloged. I felt an overwhelming urge to possess him, to knock him down, to sink my fangs into his flesh, my venom confusing him, disabling him, rendering him unable to move. My lust was powerful, as if it were an entity separate from me. If I’d had a rock, or an implement, a tool of some kind, I would have knocked him in the head and eaten him right there, in the parking lot, his body twitching as I molted into a new form, my jaws unhinged, taking him in. I followed him until he disappeared into the comic book shop, then at the last moment, snapping out of it, I changed direction and opened the door to the record store, the air conditioning temporarily lulling me into a daze, forgetting the name of the record I had wanted to purchase, while the boy, next door, in the comic book shop, white spaces between his fingers where the sun couldn’t reach, looked at a title wrapped in cellophane, the shop clerk’s perfect script noting age, price, and condition, the spine perfect, the staples shiny. The boy walked toward the counter, unsure, stopped, turned back, confused and, for the moment, safe, unaware of the reptile love that waited just beyond the door.