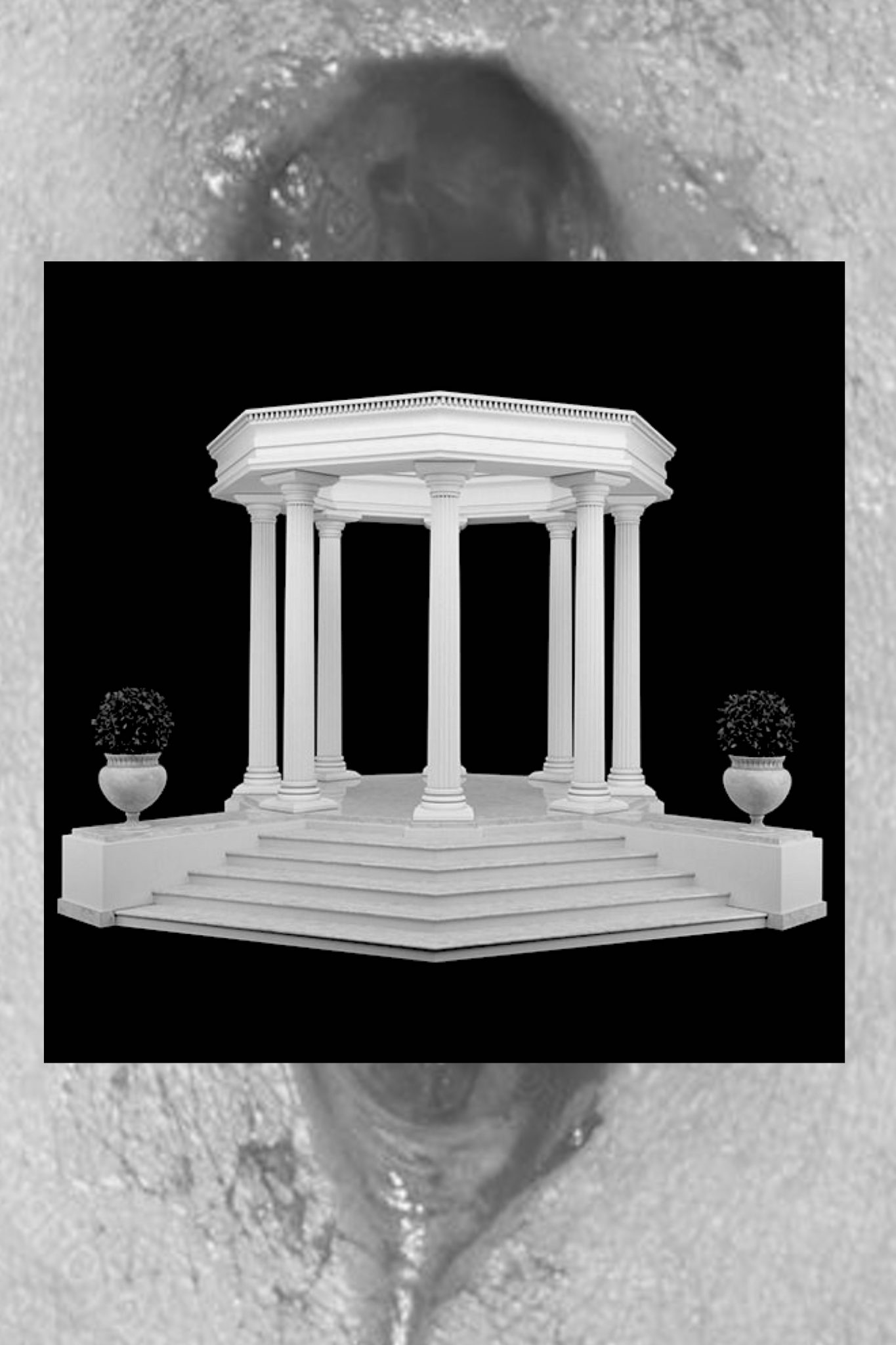 Map was content never to know why I had come. She knew I was hers. I possess an overexposed photograph of her, straw-colored hair, precipitately erased like Woodman wounded on the stone floor.[i]

Inquisitions hunted her like melanomas, but Map made no apology. She weakened from their conflicting imperatives and who isn’t excited by finitude encroaching with a spear? So we lay in black-louvred rooms by Decasia’s garment quarter, watching spider sigils redacted from The Matriarchy, or even before, project to dust.

Reading this blackened history helped us face her impending replacement. We might have imagine it, but she knew it wasn’t anything. The Syndics told her so in spiteful missives to which she retorted in stone, a rain of theory.

I remember less. I concoct more.

Drag her from the browns we left under ferns and statuary, ashtrays, in vasts where machines maturate mycelia. All the places reserved for our asphyx games.

It was pointless seeking Map’s relics in forlorn suburban parks, under those accustomed overpasses, algo-pended alerts to police. It is the mal d’archive – soiled tryst with counter-tradition.

So, I stalk the Library, assembling her from dust aching for your next invitation.

I found Evyenia at Map’s old desk, an ebon sun on her forehead. You and two senior Crypt-Creepers threaded down the tip of the Rotunda to greet Map’s Dual. You spat on the sun. Evyenia skimmed your saliva into her neck, smearing the dark crosshatches of eigenself. She fingered us a kiss.

The Creepers were nervous and withdrew, hoping not to see her again. The Syndicate was a force in those days. With dualisms or specters, it opposed the Cathedral from within, entering us with impunity like the Dirty Replicator on her island.

There are arcana that Creepers will not touch. The highest crypt there, an orange flicker of pain known as ‘Fat Tear’ or ‘Basilisk.’ AKA ‘Angel Spike’. You told me, Director: ‘It likely will belong to us, someday, or us to it.’

You tartly observed that I seem to understand too much about time; and looked at me in a way that reminded me I am on probation. My breath caught with desire for the first time I could remember since the Black Coast.

An ancient thorn tree hangs from the translucent dome of the Rotunda, one of the Spike’s many projections into the real. Its angel shadow on corrugated walls of the Annex, and on cement stacked with cheap garden furniture and dead plants. Map précised cold cases, here, digressing about her abandoned lives over lunch. The night of her disappearance, I felt a Grey flowering. It was a precursor obviously. You know how you changed me.

Evi confided her interest. It was not her work that was the occasion of Map’s erasure. Her philosophical treatises were parasitic on something felt. Evi said ‘The Sound Artist’ (she pronounced my handle with a satisfied, carnivorous look) had ‘raised flags’ at the Syndicate. She pronounced herself intrigued by my testament to the moral orders of the Outside, however inadvertent and artless.

Map had been the one to document and theorize this. She wrote the script that killed her.

I felt the Greys meat-humming in the Videodrome last week; in the vacant orbits of its flayed dancers, behind the props of Doctor Magic and his Murder Crew. Their presence invoked, by omission, in the rituals of the Vaginal Death Cults.