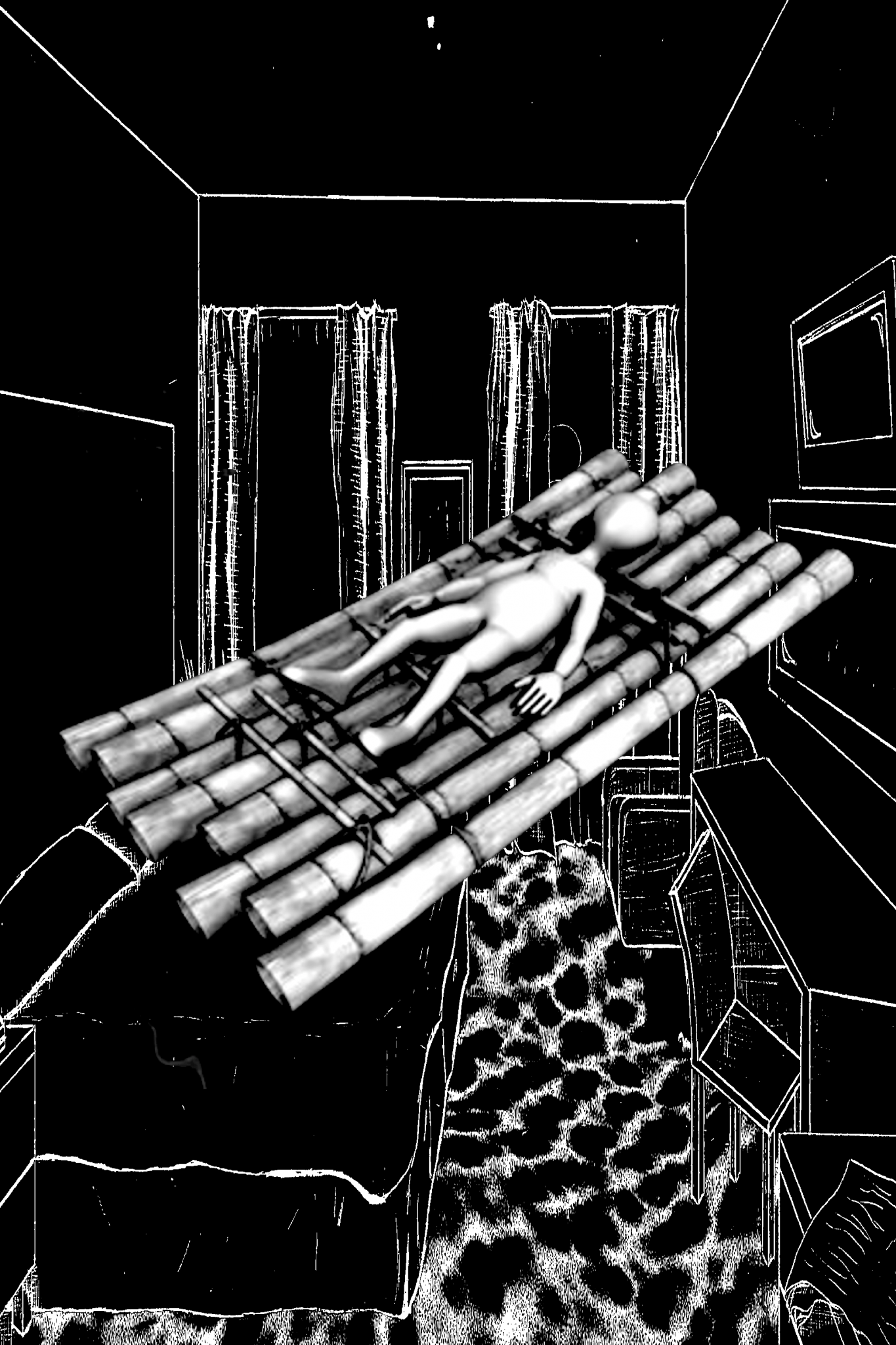 It had been approximately twenty-two weeks since Johann had left his room, to the dismay of absolutely no one around him. In fact, even those not around him, those in the general public, the masses, as you might say, were completely unmoved by his anti-social feat. Seemingly no one had took note of Johann’s disappearance besides Johann himself, and yet to Johann and to Johann himself, his recoil from the outside, his so-called “disappearance” was experienced, rather as an appearance of something wholly new, a debut of sorts, an entrance into a new world. It had helped immensely that Johann had already possessed a room before his vanishing; he stalked its rectangular limits regularly from childhood and had developed the most keen mental map of the room. Johann, in the many folds of his brain, had formulated a perfect three-dimensional representation of the location of every corner of the room. In his mind’s eye he saw corner one, located to the left of corner two and directly above corner four, then corner two, to the right of corner one and above corner three, and then corner three, below corner two and to the right of corner four, and then corner four, diagonal from corner two, below corner one, and to the left of corner three. It was with this perfect, platonic representation of his environs that Johann had shed his mortal coils since he knew exactly where to place them (conically spiraled in corner three), and it was with this very same knowledge that Johann had set about traversing his room.

Not unlike an ocean, a room such as his—twenty square meters in size—represents a difficulty, a challenge, something to be overcome—at least, to the layman. Johann instead understood his room as an extension of his self, for what were these corners if not coordinates in his mind; what were these coordinates if not corners, and so on and so on. Johann knew the space before him presented him again and again with empty air, that is to say, with water, and, very quickly, Johann found himself drowning therein. Thus, if it were not for those four eternal corners, he’d be stuck forever at the bottom of his floor, somewhere between the oriental rug and a dirty sock, nearer to whichever of the two Neptune chose to keep him; and yet, it was in his ingenuity, in his incredulity, that Johann fashioned a ship.

It was certainly hard to find a mast in those barren waters—let alone the four he wound up with—and yet, propelled forward by the most unknown circumstances heretofore known, he found the proper materials: it was near sundown when mother turned off his lights, and our dear Johann, his body strapped to a rather buoyant teddy bear, saw a sight. At twelve degrees from his body, two parts from the corner wall, he saw land, and to the land, he and Mr. Bear swam and enlightened the native population and built a boat with four masts. Johann cast off later that night towards the northern star since land didn’t suit him; it was already overcome, oversaturated—plants here, dirt there—while the great sea stood un-tame, or rather swam un-tame, or rather swam feral, or perhaps the sea didn’t swim—it swirled.

Regardless, Mr. Bear couldn’t swim as was soon discovered. He had accidentally hit himself in the head and had thrown himself overboard only twenty minutes or so after setting sail. No funeral was held.

Back on the seas Johann had simply reiterated through practice the knowledge he had thus far in his life acquired: a strong navy, a strong policy of trade, and a strong enlightenment for the strongly colored. Strength was the name of his game really. To build something his own, to build something new, all that required strength, unimaginable strength. It was a good thing, therefore, that strength is relative, and, following the demise of the liberal Mr. Bear, there was simply no other competition left in the world. Johann was the strongest (left). Therefore, only his thalassic will was left to shape his room.

That will, however, followed the inexorable laws of nature that had, by the third week, already led Johann to develop an extensive system of scientific management. All the industry in his room was rationalized along with its requisite labor, and, barring a general strike here or there, the denizens of the room followed suit. More and more his will and the will of necessities seemed entwined.

Nonetheless, Johann was the undisputed lord of this domain, and, nonetheless, he lived in fear, in fear of Mr. Bear, for although he had drowned, Mr. Bear was still rather visible, his corpse sitting on a boys’ magazine. To solve this, Johann reentered his mind palace and searched through a cabinet of policy solutions; having found one, he returned to the real world and placed another magazine on top of Mr. Bear. Now rather than seeing the deceased, Johann would see a blushing adolescent of around twenty.

Another crisis averted, another law of nature enacted, that the strong shall rule and shall rule forever. For this is a rather simple proposition, is it not? Those who have power have power, those who do not do not. A tautology, and therefore flawless: a perfect circle, four corners, two diagonals: the strongest structure: the laws of nature: graphs: data: numbers.

Thus it had been approximately twenty-two weeks since Johann had left his room, to the dismay of absolutely no one around him.