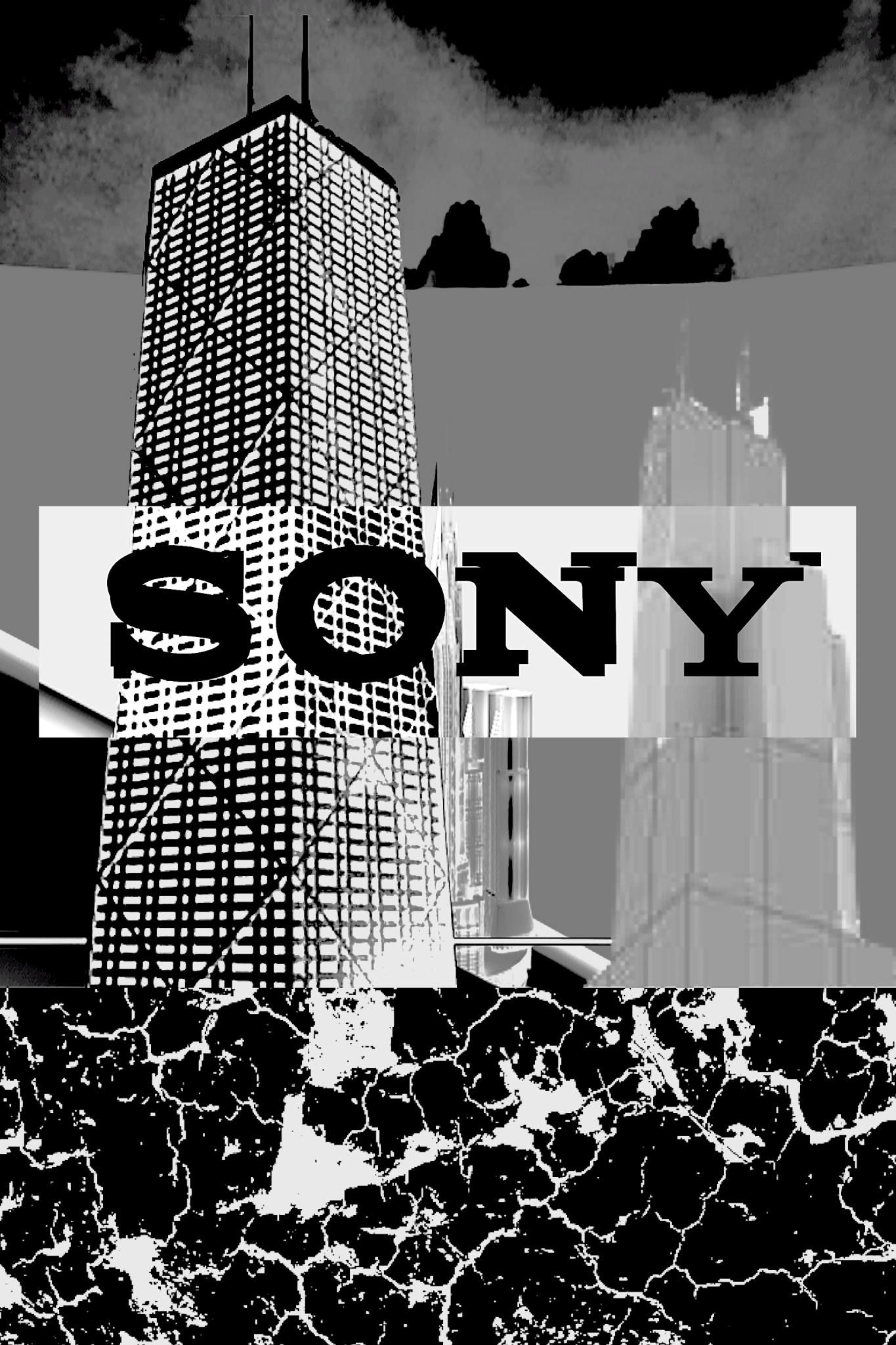 Bodies creep up the walls like radio signals. Limbs are coaxial transmitter-tendons that plug into the apartment ports and upload their regurgitating thoughts as packets of dying breath. The skyline is the harvester network where broadcast pylons intersect solid wavelength steel into the heads of people who haven’t removed their cerebrums entirely for printed flex-circuit social media analytic cyclers. Everything is branded by Gucci.

Because moonlight became corrupted by the Calvin Klein Lunar Reactor meltdown the night sky has been deplicated to expose the subcutaneous LEDs under its flesh (Chanel built them inside the sky’s body centuries ago, in the off chance our universe chose to hate us). Instead of projecting images these LEDs project new thoughts that mimic what it is like to stand in a forest and suffocate in the Milky Way radiance. Every thought can then be recycled to form new words (as lexemes are a non-renewable resource speech needs to be processed through IEEE-Supreme defanger servos that remove the teeth and let the gums bleed until you can’t eat without a drip feed of congealed morphophonemic stimulants; controlled language in place of the unpredictable). The energy for the LEDs is leeched directly from the sky’s nerves.

(None of these words have any meaning for you because you digested the meaning. You crawled into the recycling plant pipes to suckle on the flow yourself. You had no other choice but to starve. I don’t blame you.)

Under the corporocrust is the microstatic whitenoise defense barrier that cracks through the Earth as a corewards monolith no one but the deepest magma-data converters can see. On all sides wriggle forgotten ideas that try to pry their carapaces off the surface like insects trapped in the closing mouth of a venus fly trap. Warm and digest. Lava orange blood red static gray. No fear of us remembering them if the knowledge gets decanted out of the organs. Pump the viscera-data into the recyclers on the surface and let the filters catch the rest.

In the core I eat a magma-data converter as it tries to digitize my skin and make me another status update in a continually updated fusion reaction media account (nucleosynthesis via uploads, user interactions, shares — the theme of the day is tectonics). Don’t mind me. I survive where I can.

Where there are bodies on the surface are distant shadows past the city borders. Where the ruins of pre-digital civilization rust crawl the clouds and monofilament dusts of Paradox — it shouldn’t exist, it shouldn’t be possible, it isn’t bound to social programming but mind programming without a Sponsored code. No one knows where the central society processor is but some think there might be none at all, that it is somehow spread between every silicate mote in a decentralized post-anarchist singularity rhizome. How are they here? How are they alive? How are they fighting us?

After a new 5G solstice the sky rebels, scratching the Chanel LEDs off its nerves with frenzied nails, and everts every organ, the veins and muscle billowing out into a new nebula. The universe knows it can’t return to the way it was but it attempts something new and the post-anarchist clouds cling on and blossom like circuitry flowers and We must never let them persist. Barrier rises from the core to delete the sky. It works. Lava orange blood red static gray impossible light. New stars. Block them off again no matter what it takes.

If an entire populace is kept in relentless yet contained chaos they can be used as a perpetual motion machine forever and the modern world can set its worries aside. It’s only when the outside intrudes that the modern world panics.

Or when the outside emerges inside. A body turns inside-out; a whole language falls past their event horizon; entropy leeches drain the blood to recover what information is left. Several solstices later the body is found sparkling among the stars. More than just the sky is starting to evert.

We’re trying to repurpose the exfoliated LEDs into backup barriers. We don’t have much time left. I’m too far down to escape upwards yet but I’ll try to make sure We collapse when the final attack begins (you can notice how We manipulates plural pronouns by now — they aren’t us; they control by pretending to be us, making their corporations part of us). You, though?

The analytic cycler has dislodged from your head’s bowl. Room is bare, empty. Dim-lit. Windows show instant skyscrapers. Floor shows ground, stable. Feet misplace, tumble (I’m speaking to you through your pronouns, I won’t be here for much longer). Remember how flesh felt miserable even before the market wrung your neck. Remember how silicon felt better until the market wrung your neck. Primitive accumulation applied to Selfhoods too. There wasn’t, isn’t an option inside the stocks.

Soon the solid wavelength steel will impale and repair your code. For now though, you can look to the stars, the rainbows of Paradox. It won’t fix things. Fixing is a term that applies to what needs to be repaired, not a civilization which is permanently rot. But it will let you break all that’s here. And, after that—

I hope you can finally live unbounded up there.