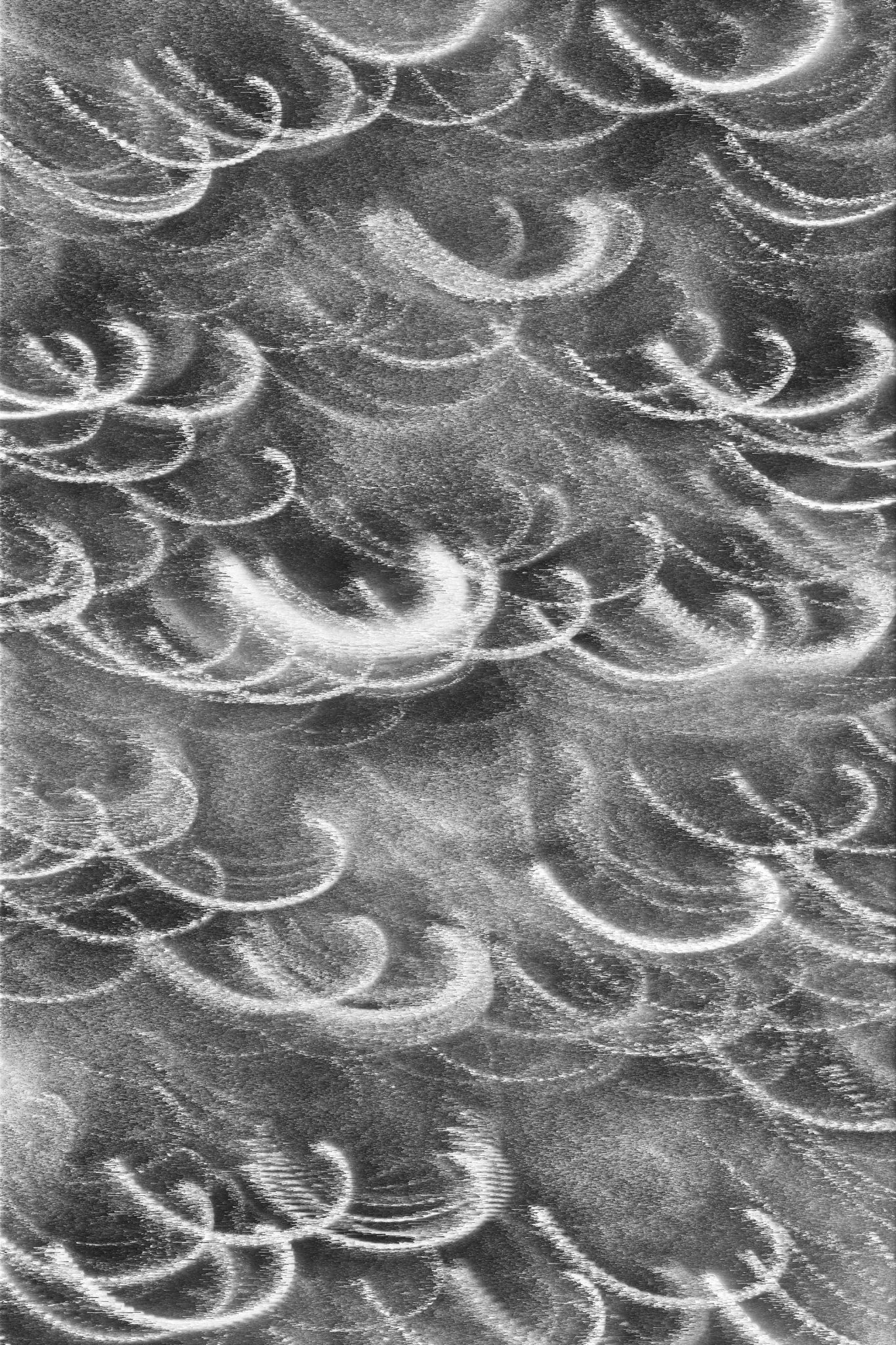 As in appetite. As in a prepared state1, extant before and then received into us. As in a hum of gathered intervals, when the act of gathering is an act of primacy. An act of coherence. An act in any order said to cohere to the next. Any act. Any order. The fact of an order at all. The fact of a word being one less that wasn’t. Being in any unresolved spaces at any given time, threatening. With no standard but state. By no practice but state. Through no process no discovery but states and states fulfilled. The shape of the fulfillment of a state. Every shape irregular in exactly the meant ways and the interaction of them to build towards some others. At every point chosen to accumulate. Urging to accumulate.

What then?
An unfortunate.

An unfortunate unattended by the columns of their life. The idea of an unfortunate subjected then to the gathering intervals, reflectant of them, the intervals, until they themselves are constituted to the same rhythm, now of interruption.

And where this rhythm touches and discords, these are ripe for schema.
For moments of weakness and moments of strength.
For debonair and revealing gestures.
For the pregnant pause of an advancement of any kind.
They are not simply happenings, they are concordances, concordant with a revelation of character. This process fulfills schema. Schema which is pleasurable. Schema which is pleasure.

The pleasure of what is accounted for, the process of accounting. Of having a function prepared for every constituent part. Knowing what goes where and why, what for. A constituent part is a pleasure. A non-constituent part doesn’t exist. Is a falsehood, or illusions. And what is gained via the illusory? Many things, though not pleasure, not in comparable amounts. Only the uncomparable. Comfort, perhaps.

The moral dimension of a pleasurable schema. Its locus among the spectrum. Its movable capabilities. As the schema is being located, can its locus on this spectrum change? Can it clarify? Can it comport? These questions are the tension of beginning at all.

The political dimension of this schema, too. In all ways, too.

A locus clarifying along these spectrums at once. Favorably, favorably so.

There are tensions in the history of this.