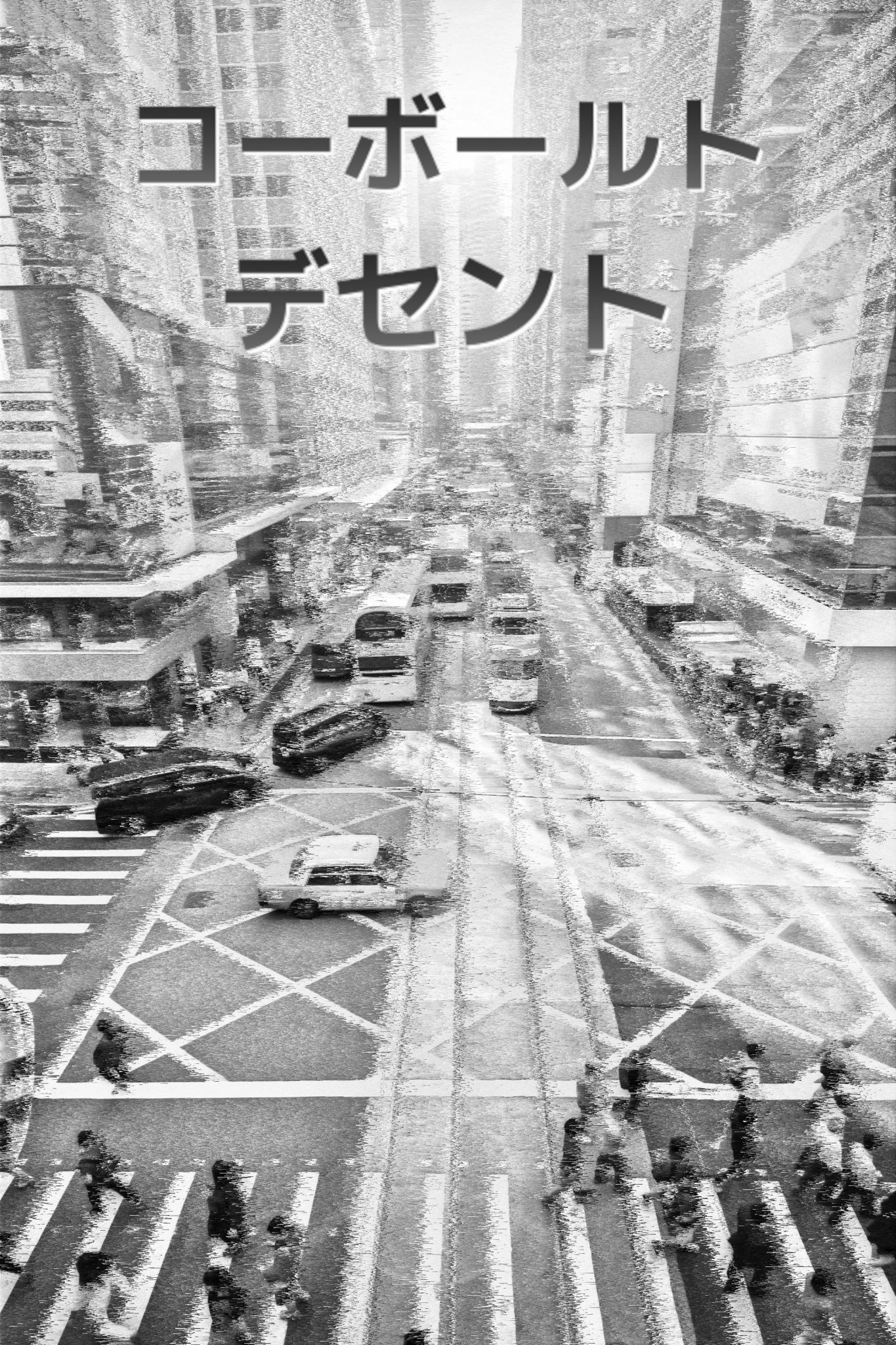 grains of ocean floor sank as each footstep formed soft craters on the sand; radiating the heat that rippled the sky. i thought of the sea lapping around my ankles until i would be carried from the earth adrift across ocean seen in underwater footage on loop; televisions emitting blue from electronic stores where fish wriggled in an azure realm—someone giggles of their secret world with what they might never tell beneath that sly smirk. when the floods hit the asian peninsula, there was a distinct feeling that society had begun to lose its grip on the world as the once turbulent crowds now pause in city squares momentarily, vendors barter from their kiosks reveling in the commotion that powered the city lights flush in fluorescent sign panels akin to a fantastic carnival where each product was part of some nostalgic experience we reminisced. rather than the future wiped away in these floods, things seemed to get more remote, receding into those megacorp buildings; red signal lights in the evening sky like some fruit grown out of antennas. radio waves leave tears fallen from headlights circulating in melancholic avenues of their perpetual departures that diminished the past thrashing into the frothing buildings that fell beside us along highway balustrades slicing across the earth. land: the support of ground based systems and flags wadded on the flagpoles outside of local bars teeming with an unending ruckus muted in distant rooms from apartment loft towers, seemingly utterly evasive of that wonderful cataclysm.

my unit from blue energy group’s reconnaissance division entered through the hong kong seawall via an unused pipe duct that would have routed water into the city for the reclamation process—our mission: to scout the ruins and gather intel on the flood damage and settlements within the area to inform the company’s revitalization plan for the city. with this, they hoped to be the first to hand this revitalization plan to china, compounding recent gestures such as keeping their business within asia and relaying intel to their ministry of homeland affairs about western competitors. when news of hong kong’s reclamation broke, an overwhelming tension filled our ceo, mr. kwok, who knew in that precise moment that he must be cautious on how to act with the opportunity of new land—headlines called it the age of the new world, claiming land from the raptures of nature that wracked the reserved urban geometry.

the day called “the heavenly descent”, despite the publicized use of weather manipulation devices that fired into the sky circulating a concentration of power into the endless downpour until shafts of sunlight melted the clouds, warmth that enveloped the city started to appear from the falling sea level, revealing the foundations built underwater in a black boxed project which led to the seawall’s activation rising around the city almost in a natural sequence: the eventual territorialization upon their golden land. we were in the pipeline strained by violent waves, feeling more like a chamber with ghosts of unfathomable destruction that left only a red light which twisted our shadows, as they melded into the forlorn darkness, the lieutenant behind me turns to cover our sixes for silhouettes that might appear, obscuring the light for an instance before ending it in a single burst of gunfire flickering within the shaft. such motions tempered in our steps at measured pace—demarcating seconds—each action a separate moment that confirmed a clear course of actions, levelled weapons just a tic away from a firefight until we see a white circle at the end of tunnel, the coming sun.

brandishing a modified m4a1 against the open area, i grasped the terrifying architecture of the weapon; grip twisted from the receiver where i rack the charging handle in charge of shutting the ejection ports with a bullet loaded from the slightly curved stanag magazine. bracing the triangular stock into my shoulder, the holographic sight forms a red reticule marking the blanched sky sprawled out against the sand forming no point of convergence where things might vanish while i grasp the handguard serrated in rails wrapped around the barrel. lieutenant cheung stares across the expanse, slapping his mp5sd’s charging handle which slides above the tubed handguard coiling the suppressed barrel, tracing down the dune while sergeant yin scans the landscape through the scope behind a long straight back saber where the barrel of his psg-1 sniper rifle extends, he activates optical camoflauge from his fatigues blackening with the colour of the seawall where only vague wrinkle remained as he searched distant black droplets on the dunes ahead from the lens with vr digits calculating distance and windspeed towards the soon-to-be target.

if it weren’t for the regulated temperature cells within the fibres of our armour and fatigues, our skin would immediately dampen from the heat congealing into the faraway blue. the prc’s first steps into the city reclamation was stressful as the light from our phones broadcasting the event flickered from armed resistance by locals who survived the flood, citizens who rose out of their abandonment by the former legislative council and ultimately by nature. the prc backed off, cutting the livestream which left people excited; as if something had finally escaped these smart cities and their networked orchestrations, the after-action news reported it as a strategic retreat to plan a diplomatic solution with the locals who they praised for their fortitude—theatrics of human efforts. social media channels from hong kong’s independence factions formed over the years, photos on the feed were of emptied convenience stores and repurposed tong lau buildings with pleasant photos of nostalgic citizens reliving old shops despite the scattered debris inside. their glory to step beyond apocalypse in iron shelves and makeshift stalls, the same wonder when they wandered in from ashen hills into the neon signs beading in the humid air that quenched the island’s quickened steps. such images reposted by western designer brands sharing that same individuality through their banners of cool models in a coloured void looking out towards the lights across promenades that only tint the concrete, the inert real world.

glimpsing the flat top of the sea wall behind us, the gentle trance of waves from the south china sea reverberated like a heaving against the black partition, violent turmoils that haunt the desert already blanched and disintegrating into the powdery air. we move in on the seabed where the incline starts to level, half turned boats litter the desert engulfing them into the dunes, the hull of a distant cargo ship risen on a bank almost traversing a monochrome wave as a wind howls across the sands of the ocean floor, scuffing our steps every time we move to cover from reefs, shambles of former sea life that just might crumble at the slightest application of force. the city seems vague, almost as if coming back to memory out of the rumble of distant motors, small arms fire flashes briefly around the area remote as abstract heat signatures in the opaque air, ignitions of gunpowder. we reduce our body temperature from the regulating fibre and activate optic camouflage, mimicking patterns of the coral reefs we hid near as a helicopter flies nearby from the pla searching for intruders before its bulb cockpit charges towards another direction, thousands of horsepower whirled the propellers reducing all nearby noise into a metallic reverberation before its gatling gun fires, blowing dust clouds that consume its distant prey: possibly some ill-prepared smugglers as there had been rumours of overseas weaponry entering through the seawall. intel did report of some organizations using relief aid as cover since they were the few allowed into the city.

closer to the island, half sunken cars litter the seabed, the lieutenant checks them, trying to get one running by hooking up portable solar panels to the engine, a car that would be powered by the warmth of this endless daylight. sands rise to a cliffside ending at a pier. i enter one of the wrecked sedans, its roof a shadow from a prostrate creature out of the apocalyptic heat, perhaps heavenly beings arriving to this plane rending all into wavering mirages while I set up the aerial drone, static recedes into unchanged sands within the monitor., the camera feed tracks the flight of the drone, the sea bed falls to cliff rocks whose geometry burgeons until ending at a level concrete surface barren with overgrowth, already lacing the cracks in the asphalt.

even in nv, there were no heat signatures. while the nearest building would be the parking garage had no one waiting at the entrance, the upper floors and the subsequent apartment towers glowed with heat signatures that made the building dazzle like it was still in a heyday from the monochrome screen of the drone. up to street level, the buildings just as bleached as the footage seeming nearly unreal, our footsteps the only thing that kept us on the ground in the combat urbanscape around us, corners off buildings, openings from the parking garage meshed in concrete to the ledges become locations of possible hostiles until it is cleared of threats or neutralized. insurgents to clear in each room: a momentary occupation. throwing a flashbang blooms potassium perchlorate out of the blasted aluminum, white consumes the damp apartment rooms where our nerves lunge into the void gunfire and muzzle flashes palpable with the writhing silhouettes of targets from the fading light as the debris returned and the assault complete with only the shattered tiles on the wall, each rift mapped our nerves centering towards the crater planted in our shots once a deft maneuver, a new sun created out of the destruction we wrought.

frequencies of possible hostiles, potentially other pmc’s on the same objective where gunfire formed pools of orange around us that brought the once vague concrete to our steps, nearing where our quickened pulses rebounded as we slid into nearby columns, wall corners or tables. synapses melt into triggers, recoil pumps sensation into our arms just about to sink into motion itself while we tear towards cover points, ghostly trusses dart from our collective weapons whispering the foundations of some unknown city already dissipating into the grey air broken in flashes of gold like the jeweled neon of yesterday that could finally discontinue our repeated doings.

in wan chai—the skyscrapers remain. those crystalline high rises that were once postcards eroded from being under the ocean, leaving only concrete floors clinging to the blue, endless spines whose vertebrae glow with heat signatures. we enter through tenement buildings, apartment rooms moved in with new furniture, and occupied by mannequins, a couple sit on a couch facing a television set while another stands at the kitchenette; we wander as if beings from a different plane, haunting their still lives, spectres in flashes of laser sights and 5.56mm rounds, explosives both dangerous and thrilling—we see street level speckled in signs of old revolts as if the final conclusions of those demonstrations that once put the city in disarray, or perhaps between the tenement buildings, there always roused a kaleidoscopic life that bathed the streets in neon tinging the sweat slicked brows of old shopkeepers that flashed just from passing cars affording some spectacular freedom in the faint wind cooling them from their hot labours, stylized images frothing in static howling in grains of sand that can only pass over ruins, perhaps speckling them with a sparkling nostalgia under the sunlight towards an endless discontinued night unadorned in light or circuitous flights, looping upon tomorrow, an impenetrable colour in which all we can do is veer around flashing lights, coursing veins and points of contact.