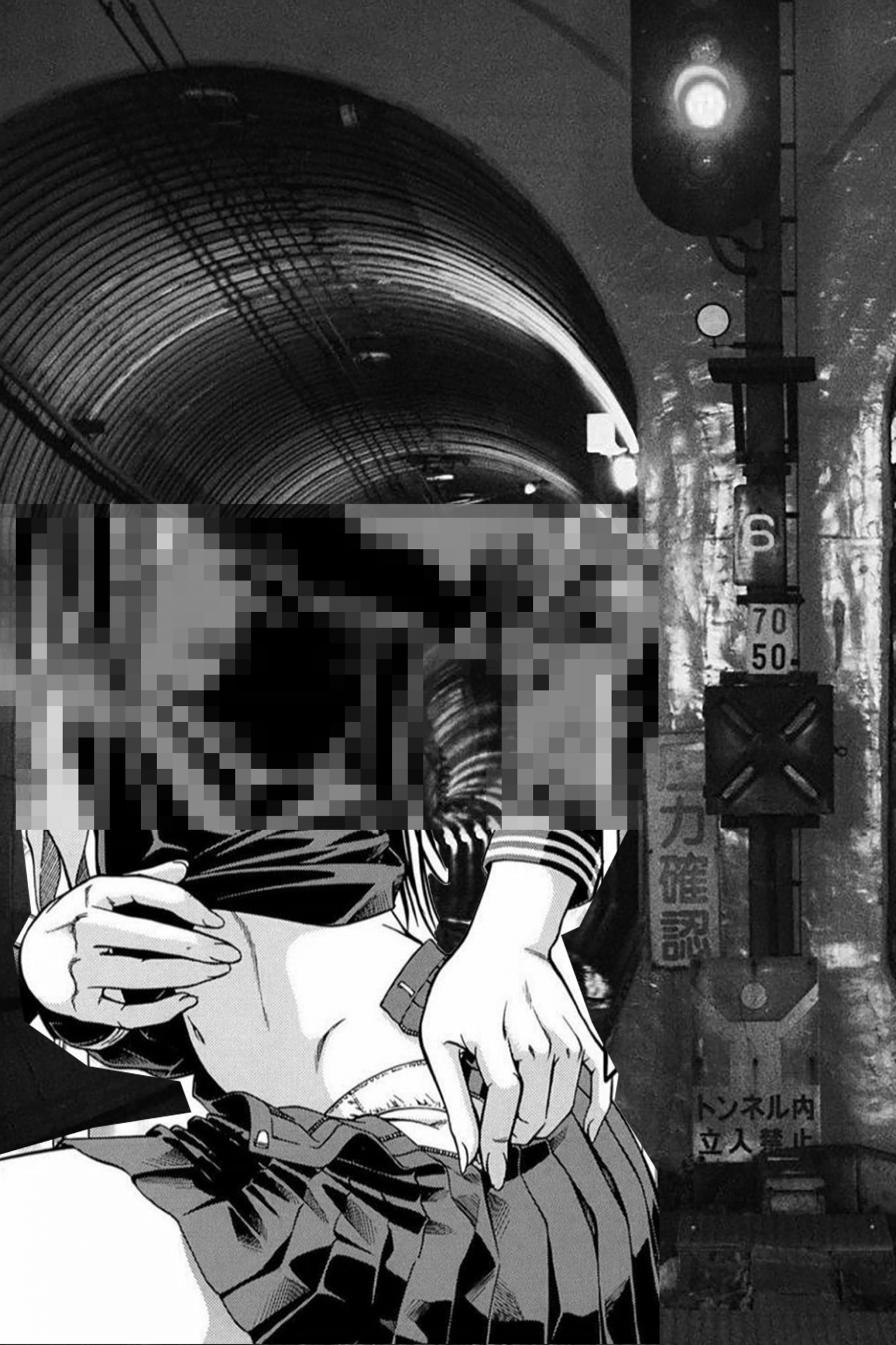 Hat on, hood on, expectations low, breathe… Let’s take a spin around the yard. Images of tattered lanterns, years of forgotten romances, every wide-eyed shutter pulled. Sulking adolescent crags jerried out in the station McDonalds smoke enough cigarettes they could be sick. Plaid skirts and exposed knees expunge any infinitesimal shred of self-proclaimed hovering decency. My thunderous senses shudder like the engineered life machines that tremble above. The delicious, succulent sauce on the street has congealed just in time. Yamatoji Rapid. Special Rapid. Special Local. Special rapid local lives and feelings blur past the wobbling yolk of my eye. Searching for a mental scab to itch, the shells of burnt-out bodies sway in line. Kawaii key chains of dazed girls sit delicately suspended in locomotion with the tracks, visibly arrested like the power of the elderly geezers who try to cop a hit of their feels in the shade of the peak hour jam. Strewn deflowered newspapers depicting the daily horoscopes line the Nippon patriarchy’s castration. Pathetic attempts at public intimacy show that it’s on full fucking display. Crammed dins of convenience after convenience make it clear that the salarymen want to end up anywhere but home. A glimpse of any one of 21 konbini stumbled upon illustrate a diet of deep-fried animal fat, excess mayonnaise and cheap carbonated booze. Images of dirty manga girls gorged on cuticles old enough to be their disenchanted daughters reflected in despondent pools. The will to live buried somewhere in the encrusted yellow corners of those same weary eyes. Salacious slurping of noodles the most common way to climax, no hope these Styrofoam hieroglyphs smeared with corporate entrails are misinformed. Wheat or egg, thick or thin, cold or hot, hard or fast – just tell ‘em how it is. If it’s a good deal, you can’t refuse it. Just make sure to ask ‘em to take a photograph of their family before you pay the cost. Note it down, note it all. If a friend tells you “No,” just say “No,” to it all. Kids, settle in – this is where it begins.

Moonlit passages spell out words in saccharin orange. Tightly coiled egg sacs of garbage promote the residents’ unfounded ideology. I slip a turn past an unsavoury belch of bicycles. Front wheels driven to the ground like rusty anchors on the sideroad. Head nods and frothy sips abound. Trepidation of the hosts mired in side glances. The depth of aimless souls slide past like tragic vessels buried at sea. Delicate drunken office hands play at shadows politely as the smoke from Mild Seven tips filter the cavern within. Vending machines four, five and six – our only good friends in the abyss. Crouch down and slide across the abrasive drywall. Fear that eyes never lock eyes. Knowing glances vibe as they intimate my way. Flesh of a grilled squid permeates an aura of desperation. I insert a few clammy coins for refreshment. Pop, whirr and hiss – the magical delivers a tabular beacon of mighty thirst. Crack it open, shake my knee for a taste, stand around out of tune. Time to light up a stick like the other enervated masses. My lengthy chugs and drags in silence eventually win. This convivial shared weltschmerz shows I’ve found where I belong.