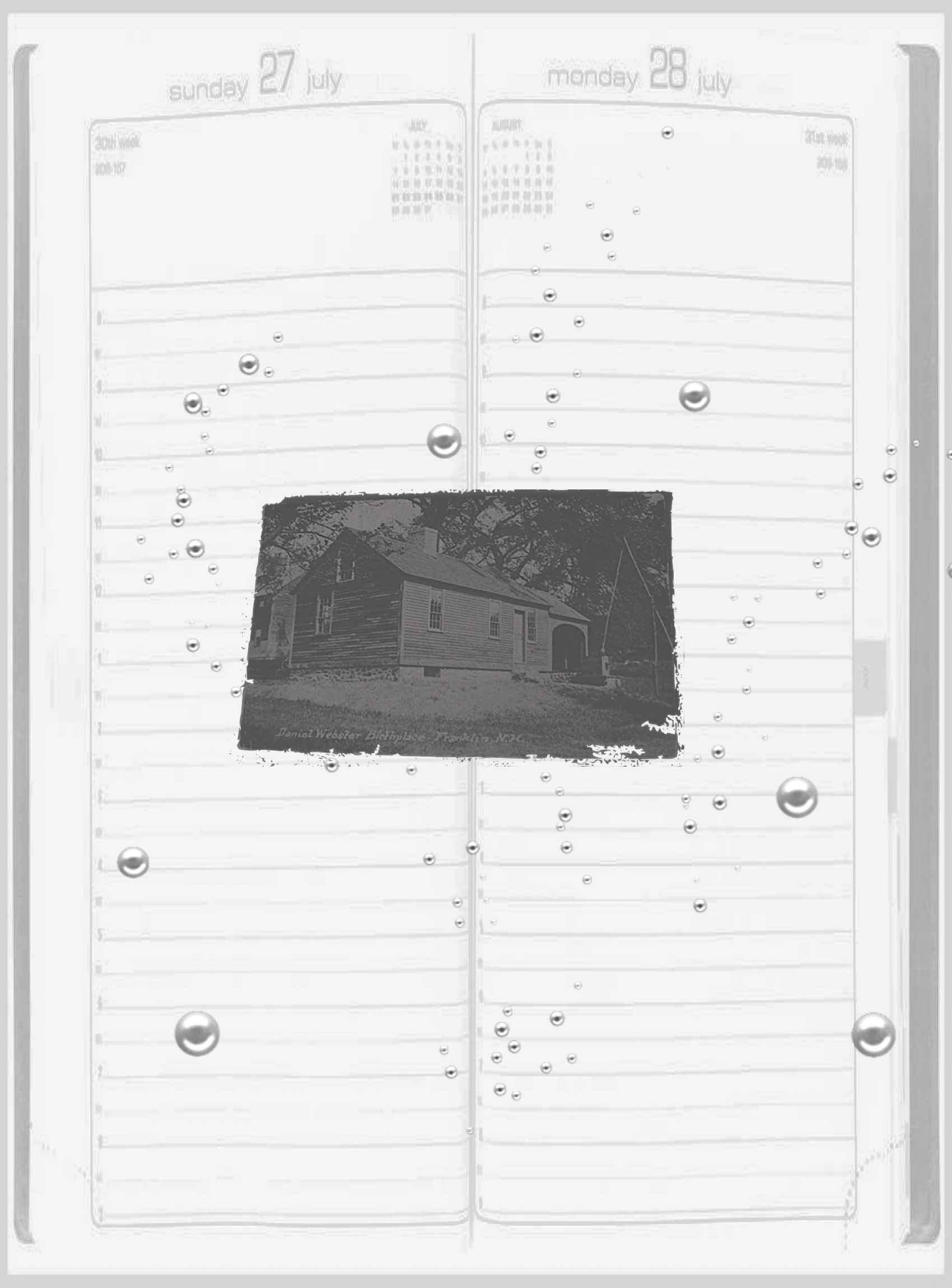 [Brickedwall broken with a window’s appearance, a noise of varying plant-growth behind the dusted transparence . . . sunken sink running tap for the attired handwashing gallant.  Hinting the almost criminal intimation of the nearby door, a flimsy entrance & to be entertained commonly & with spirited abbreviated & sly whoops.  In the suggested periphery feline garage skulkers curving from the rustle of a mate’s odyssey to the stocked back-fridge, stocked sugar cane pop; local brews. A haunt of gifted tree-life not far from. What do you do with them? Everything you can?]

The Man I know didn’t invent weather. All the boundless drifting atmosphere. Not even close. He gave me my mailbox. When I call my brother I always ask him: What are you proud of?  When I call my mother I usually ask her: What are you proud of? I kept my personal journal in the teller window, decided I’d let anyone read it if they asked. Here’s the story of the only girl who did.

“Names are worse than vanity,” she read from So Journal—eyeing my expression before she continued, & as I permissed her: “they insult the truth, which is blur.  Language is the greatest spring of suffering because it requires involuntary belief.  I ate meat today. I ate meat yesterday. I will eat meat tomorrow. Give me all your money!”  She fired her finger at me.

“I’ve handed you a hundred in twenties.”

“But you have all the dough here.”

“My name is Vanity,” Wren said.

She gestured on the brink of worded communication for an absurdity of time before saying: “What makes you think . . .” (I required more patience of myself here)—“you’re not part of nature’s fits?”

“I must be natural for nature is a whore—that includes me.”

“It’s in there somewhere, in the Soj—& you’ve begun to hold up the line.  Feel free to bring it home just return it to me tomorrow, whenever.”

“Won’t be writing later; have a date.”

poem before or after dreaming

the stereo of pines;

I won’t begin with her clothing.  She wore grey.  The restaurant, a first name.  Too familiar to register, & the noise; her eyes fluid. All eyes fluid. “What do you think of America?” Pash asked, & used her napkin.

“We’ve got some growing up to do.  We’re somehow everywhere but still in a corner.  Why’s it matter what I think?”

“Well if you want to screw me later I’d prefer if you have an intelligent opinion on something.  You pass, by the way.”

“But I don’t want to screw you later.”

“Playing the ‘endearing asshole?’  I’ve become disenchanted with your type, there’s more of you than you think;” no hesitation.

“Playing the ‘I can see right through you girl?’  You’re definitely the first one I’ve met.”

“Are we having an argument on our first date?”

This is a mother & father story. Those who come too close to peer through.  Roads are like weathers: when there’s more than one . . . citizens lose faith. She veered—veered into his Lincoln convertible like a knock on the door. Looking for a conversion.

“Where were you going?” Paula asking, eyes everywhere.

“Needing a partner?” she itched her shawl.

Our rabbit rations to the rush; canvas aged like windsmoke . . . meeting my temperate fiery mush.

“You realize your mother’s are gone; any of those,” twisting his finger in the air.

Carving your name into an oily puddle.  Near you, touch that tree meddling my life’s long lung.  Rooms often escape us, rooms often do.  The skies lost in their gunpowdered cream.

Meditated on “if;” a fine word.

“The stars store floods—store floods wept from a seasonal era’s encumbering onslaught, store floods to drive unmeasured through living & unliving matter without friendly wind, floods that teem in frantic mystical dream-times seeking placid peace, floods kept from expulsing like beggar-breath into the locked shoestore door-window of the world, floods given after every lost mortal love, every mortal love disaster with their faces in loves pressed against harmless natural assumptions, their faces of flood lost with passion; names of love given in a geography without stars: swept into tide pools of potential light in dark-breath as they’re carried gracefully, wonderfully through galaxy’s mall complex ‘til they confront you like a brilliant chore.  This will be the time to end all obliquity, all cleverness  cunning, every tiptoe around love, love.  There can be no rebellion against the bus-stop, there will be never a fruitful rebellion against that which simply waits,” Father Mauve spoke.

Caul touched his hair, stood, then said something toward him.  “We of no wear must make sport of disaster’s clutch, ruddering its impulse as we can.  Dangerous moves usher the real jazz in.”

“The chemistry of noise is that it incites reaction; incites again reaction.  This mirror of fractals to sublimation & sublimation over must be met by the purity of a strong fracture, the fracture that leads you to the completion capable of enchanting eternity. Directing spoils as it leads to itself more of the same with its leading elsewhere, in other words.  Where—everything permitted—would you like to be?” Father Mauve spoke.

Caul looking through his rectangle spectacles breathed what words he had in response; “I’d love it in a riverboat, a bus.  Somewhere far east, in motion; guided.”

“You will in your time,” he spoke.

[Woodboard with words GUST TOWN painted in white paint over fellows greased by time—worn like wintercoats: them wearing alcoholic smirks on their haired faces, stew-smears; & two steps from a brawling noise.]

“You’d tell me if you weren’t comfortable?” Wren coughed.

“Which poster did you first notice?”

“The Antarctica by the bookshelf;” Van Morrison voiced on the nearby radio, tea-water warming to a boil.

“You can see the bay from here.  Pleasant . . . but can’t open up the window in summer like I’d like. The smell.” Wren summoned a grimace to her face.

“Shame—hey you know who you look like? Not too far from Adelaide Ashlace: the,” twirling hand; “astrologer.”

Her spatula arm goes limp, other pointing index: “Libra. You couldn’t be anything else. Don’t try to tell me.”

Bear with me Soj but don’t ever let me—at least not tonight—feed you mincemeat from a steakhouse. The region’s undercover mantra: make do. History welcomes the overflow. Monomaniacal generosity. Mailing the dreams of rapt disciples into war’s mishap memory. Make do? I’m stepping on my feet for you. Making do. On the treadmill with stilts, making do. Winter’s lethargy will soon don itself silent with its dreaded rosary pose. Here I am again, with you. With you! If you stay (darling please) we’ll wink as newlyweds spring-come!—our walls smiling as we!—our hour to be! sailing thru the brisked streets with a pounce. I don’t know if I can feel it, I feel.

“Well I’m looking over the menu,” Landon’s announcement; “would it be silly to order salad at this specialty eatery? Maybe. Surf & Turf!”

“We’ll order from the waitress, thanks,” Caul says.

“Well I’ve been considering the salmon & rice; however, that could all change to the order of Jumpin’ Jumbalaya real quick,” Nance says.

I got you last week! today watched Land of the Lost on NBC Saturday cartoons with kelsey (HE”S A BOY!) his mom made us grilled cheese and cinnamon rolls in the morning.

Wren visited the bank once more; returning you, So Journal. Here I’m going to write liberally on my impressions of her despite her access to your pages, So. I’ve both the intuition that our feeding off each advance is typically human, mundane as a porridge bowl in the morning; yet also part of a threat to the monastically observant secular. A drifting illogic unthwartable: both sides of why not? We look good together. That’s important, I think. Her bright granite hair, her cerulean eyes. Mine black, gelled; soon pewter, to be gelled at mornings. Brown eyes. Usually girls her type can’t dress. Still, no one seems to notice her. That’s important, too.

She’s garish when comfortable, yeah—but not uncaringly. We haven’t been in bed together; still she’s told me she loved me. As a kind of throwaway. “I love you, you know?” Why not? I don’t fit in much with her friends, whom make theatrics of politics. Of their identities; their drugs of choice. They don’t value introspection as I do, like Wren too. Wren: do you have a Pisces moon as well? I’ve suspected she’s not chosen her friends actively. Can I teach her that skill? I believe so.

Glum mornings on repeat cycle. Serving myself. Rolling off of street cusses. Hungover; the building windows reel with minute information. Drunk; the same. When I was a boy, maybe 8, 9—my favorite thing was wind through my hair.

(hey Pash, what would you name your first kid?)

“Getting back at his own for giving him his first dog’s name.”

“Percy. Called him Percival, whenever he walked in the room. ‘Here’s Percival!’ I uh don’t know what that means but I know that’s just okay because there couldn’t be any way under the stars & on the plains that the ‘Lud’ family knew either. Ha, anyway that’s just the name. Let me tell you what he’s all about.—”

“Not true. Some put it out there because there would be a hole in themselves if they didn’t . . . others they put it out because they feel there would be a hole in the conversation if they didn’t. Next he goes ‘mhmmm & you know who could play a mean—I mean the meanest—James Bond? Ralph Wise. Got turned down for some sissy named Clarkie Crows.’ I’d have to go ‘say, Joke: we all know the greats. They’re indisputable, let’s move on.’ Ah, & he gives me his look for 1 second, just a tick, then off into space with ‘ever hear of The Pool Boys? those tunes . . . those tunes they leap right off the recording!’ & if we were out . . . that’s all you heard on the juke. Goddamn that old punk. But he knew what was up—yes, yes. & ha, I could tell you a story about how my other friend, ‘Tape’, well Tape’s actually my best friend . . . how he got his name . . .”

Tired of waking, just to be without you. Taking two showers every day. I don’t know what war is going on anymore. All food tastes the same; every taxi takes me away. Even to you, Caul. During the day you can see the cold. At night it’s June outside as far as I can tell. Isn’t “world” a goofy word? You’d come up with something better, I bet.

Tennis round after lunch-break with Sal & rest. Pick up Sammy? Nance needs her acne cream.

Caul [Emptying register into white pillowcase]: If you could, just keep that aimed at me.

Masked Gunman: You’re right, creampuff. You’re the one I gotta worry about. [Looks around].

Caul: And that’s everything! Anything else I can do for a loyal customer? Credit card deals we h—[undisciplined bursts escape the gunman’s Claridge Hi-Tec semiauto connecting first with Caul’s right clavicle, then sternum, last his gut’s middle. He takes his last breaths coughing blots of life onto the heaped pillowcase as it lay to his left].

Officer 1: Drop your firearm and hit the gro!—

poem before or after writing

our incense wriggles away,

[a child sleeps in this image]

[a fair share of wildgrass fills a tanked jalopy]