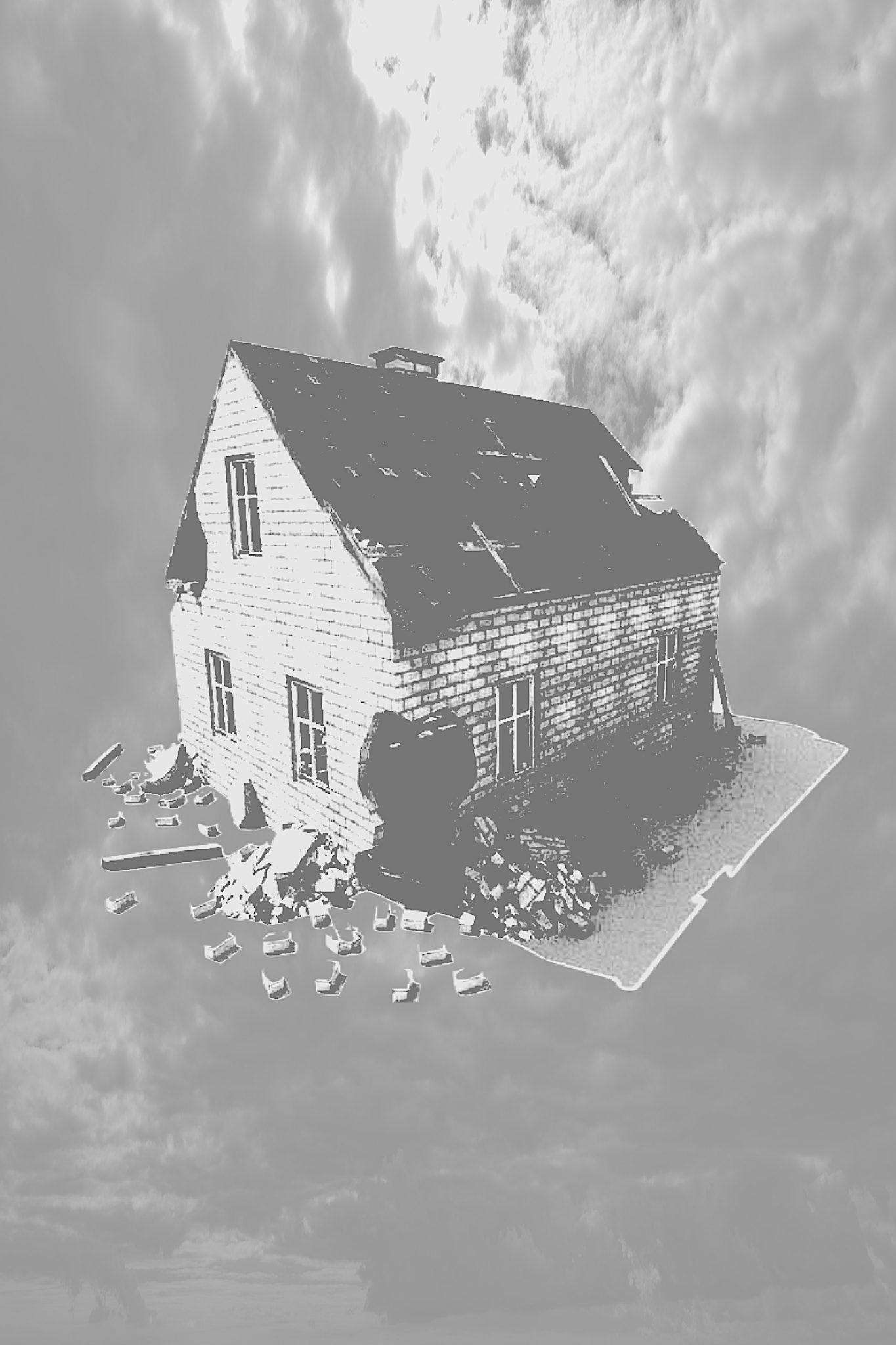 I had to put my dog down last month. He broke his leg, I think. He couldn’t walk and I couldn’t pay to fix his leg because I don’t make much money. He was the best dog. I’m pretty sure was part basset, part beagle and part springer spaniel. With green eyes and goofy floppy ears. We’d snuggle and he had a dog stink unique to him that I love and miss. The first couple weeks he was gone I kept thinking I heard him. When I was up early in the morning getting ready for work, I thought I heard his grunts in the hallway. When I was eating breakfast, I thought I heard his dog nails tapping on the wood flooring as he came out to beg for my food. But it was just me not able to hear the complete quiet of the morning without him.

I keep finding his dog hair everywhere and every time I do I feel this huge silent emptiness fill up around me.

I live with my parents. They’d already left for the day by the time I woke up. I don’t know where they went. The house was quiet.

I took some acid right away because it makes for a better day. Not a full hit. I have a 100 ml glass Pyrex container full of distilled water, the acid tablet floating around in it like a dead fish. I bought the acid shortly after my dog died. I got it off the dark web with bitcoin because that’s just how I roll. It came in the mail through USPS because they aren’t allowed to search packages without a warrant. Inside the package was a very popular movie that everyone but me has seen. I opened it up and there was even a blank CD in the case. The acid sheet was wrapped in a grey slim package taped to the inside of the case. It was 100 hits. The sheet was the image of cartoon portraits of four different Game of Thrones characters. I took a picture of it with my phone because I thought it was art and knew the more acid I did the more I’d chip away at the little squares that made up the full picture.

I micro dose the acid by pouring it into a measuring shot glass. I usually measure out 10 ml. Sometimes 20, which I guess isn’t really a micro dose. The acid makes my own inner monologue stronger and clearer. I can have a whole conversation with myself in my head just about the cars driving past my house.

My dad makes this stew slop every Saturday morning. He takes a crockpot and just fills it with potatoes and carrots and rotten meat our religious neighbors give us. But the stew overflows. He gets drunk every night and in the morning chugs coffee and is real hyper until his hangover sinks in at around noon.

The stew is bubbling out of the top of the crockpot like I imagine a radioactive meltdown looks like. The stew slop is running down the side of the crockpot and sizzling into a puddle on the stove and starting to flow over onto the counter.

I heard raindrops starting outside.

I walked back into my bedroom to ignore this and lay down and bury my face in the darkness of my pillow until the acid kicked in nice and good. But when I got to my room I looked at my bed. The sheets and pillows were all yellow. Like the grossness in me seeped into my bedsheets, the bed trying to absorb all the toxins. I couldn’t remember the last time I washed my bed. I decided to wash my bed right then. I tore off all the sheets but I had to be careful because my bed spread had a tear in it and I didn’t want to tear it more.

I took my yellow stinking sheets downstairs to our washing machine. I got to the washing machine and its light was blinking on and off with an “Error” sign. I opened the lid and noticed that it was crammed pack and full right up to the top with towels and a comforter. Fuck. I pulled the comforter out and it was drenched in water. I looked back into the darkness of the washing machine at the ton of multicolored towels filled to the top and they were just floating in a big swamp of water. Like the washer never made it to the spin cycle stage or what the fuck ever. I don’t know how washing machines work. I plopped the comforter down on the floor but it was still half in the washer. Water was running down the washer and it was puddling on the floor.

I turned and opened the dryer and the dryer only had one towel in it.

My mom has Alzheimer’s and this is what it looks like.

She’s been forgetting the dog is dead too. And when she remembers the dog is dead she cries and I’m not sure whose fault all of this is but whoever it is I won’t forgive them for it.

I picked the rest of the comforter up and slammed it back into the flooded washing machine, water splashing everywhere. I slammed the lid back down and slammed the dryer shut too. I picked up the laundry basket with my yellow fucked up sheets in it and stomped out of the house and out to my car in the rain.

I pulled out of the driveway, going towards the laundry mat when I realized I was wearing space pajama pants and a red flannel and I didn’t care. Our road is under construction but they had to stop working on it because of the rain. I don’t know where the crew was but the road was down to one lane because the other lane was filled with bulldozers and piles of dirt and cement tunnels meant to be put underground. Only a flagger guy was standing in the rain, with a raincoat and goggles for glasses, water on the lenses. He had the flag held for me to stop even though I was the only car on the road and I didn’t see any oncoming cars. I felt the acid hitting and I felt this guys life. He was hired by a temp agency or some shit, got paid to do the jobs no one else wanted to do for the least amount of money and when the job was over so was he. I knew this by how he stood. His insecurity of standing vulnerably in the open and directing traffic. Like he just treated my car like I wasn’t a person inside of it, but the car was just its own thing that he had to deal with and be scared of.

His walkie-talkie squawked and he answered it and clipped it back on his belt and he turned the sign over to the orange side that said “Slow.”

I drove past him slowly and I made sure to wave at him in the rain and he saw that I was waving and he picked his free hand up to wave back but he hit the walkie-talkie off his belt and it fell to the wet road and he started to bend over to pick it up but stopped because he remembered he was waving at me as I drove past.