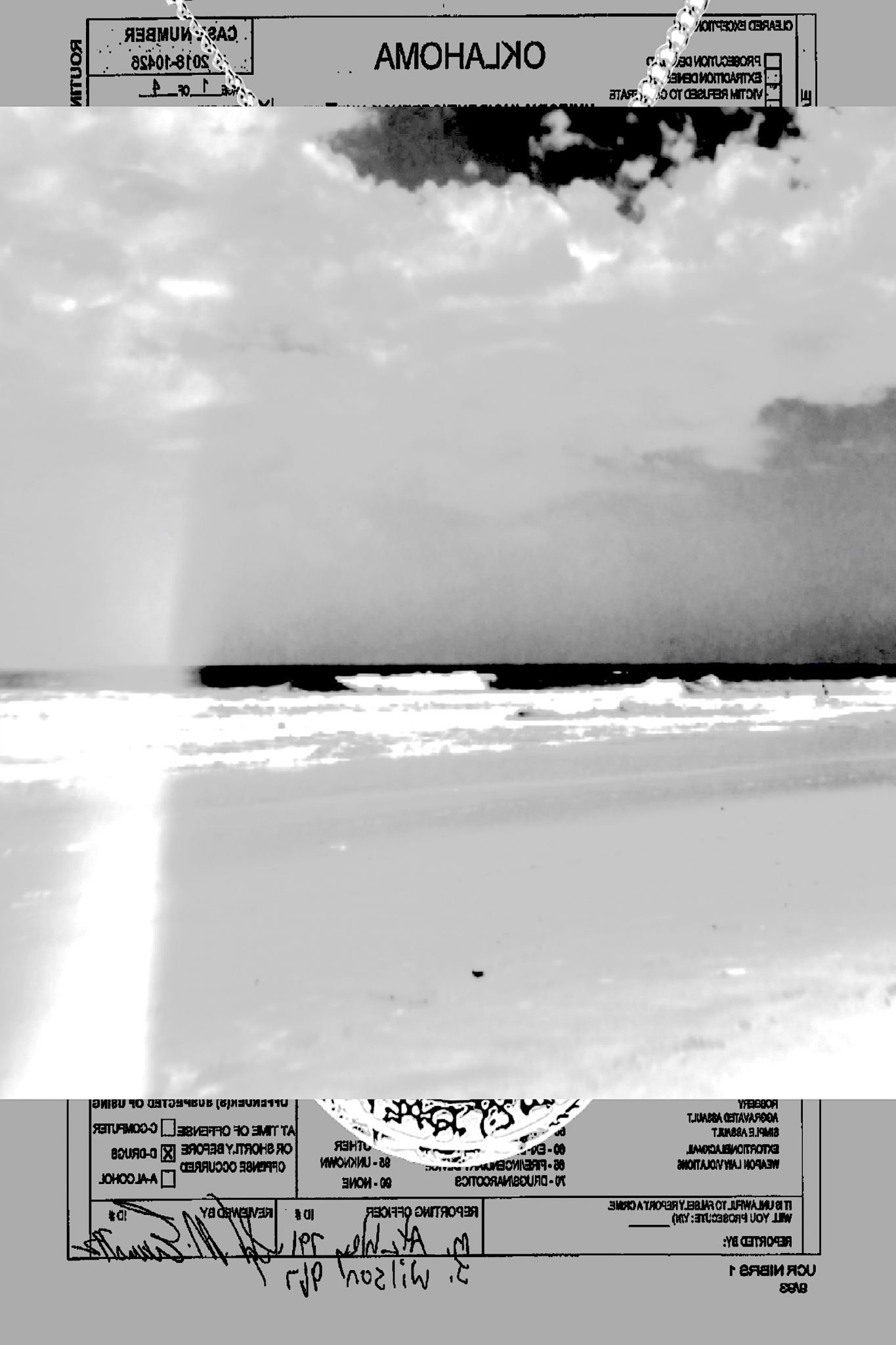 I was stepping off the Ferris wheel when things started unraveling. Amelia noticed it first. She touched my shoulder at the turnstile like have your arms always been that long? And I realized I could touch my knees without bending over and my elbows were slipping downward under my skin.

I became concerned and said holy fuck holy shit what the fuck. Amelia sort of smiled and I wondered if maybe we had fallen asleep or snorted three hundred milligrams of methoxetamine. But really we were just on the pier which made me start to panic. Meanwhile my shoulders were oozing past my nipples and my fingers fell lightly onto the damp dirty wood by my feet.

I got sick to my stomach and I needed to move or else I would die. I pushed into the crowd, slipping to the end of the pier where the waves were screaming over the railing. It was a cloudy but warm Saturday and the pier was busy enough to make me insignificant even though my body was rapidly assuming a grotesque morphology in defiance of all known anatomy and physics. A caricature artist with a Nick Cave mustache smirked as I passed, dragging my wrists behind like coattails; to him it was maybe not so strange. Another person pointed me out to their mom and said hey haha woah look at that. I tried to bury my face as more turned and stared but I couldn’t quite get my nose under my sagging drippy armpits.

By the time I reached the end of the pier I was mostly arms. Overall I had shrunk but my arms were at least ten feet long. I could barely see over the railing. Everyone was watching me with a look of bemused curiosity, like the faces people might make while looking up from their phones at a dolphin show. I wanted very badly to breathe and process, one two three four like my therapist said, but I was trapped between crashing waves and onlookers, both menacing, both sucking up the world and all the air with it.

Amelia caught up to me and said are you feeling okay? I jabbered something back at her and jiggled my limp appendages. I said Amelia you have to help me. Amelia call nine one one call an ambulance call a fucking helicopter get me out of here. I shouted these demands with great intensity even though the last time I used emergency medical services it financially ruined me. Amelia looked up and hopped away. A rogue wave exploded over the railing and soaked me head to toe. Head to finger. My toes were inside my hips now.

Now I was all wet and my eyes stung. When I opened them I was shorter than Amelia’s waist, my clothes had slid off and my arms were basically long as fuck. It was almost impossible to breathe and I wondered what was happening to my internal organs. I wondered if I would keep unraveling until I became one very long arm with a hand on either side and then I would die. I felt exposed so I spun in a circle and coiled my arms around my shrunken body like the spring on the inside of those nice pens. I heard everyone giggling. Amelia was a giant now, smiling down at me, and in a damp shaky voice I cried Amelia, Amelia what do I do? She rolled her eyes.

Another wave came then and knocked me onto my arm-wrapped stomach. I was small enough to see under the gap at the bottom of the railing. The ocean was very close underneath. The crowd had come closer, eager to see what I did next. Their smiles split their faces in two. They laughed and shouted and chanted, louder and louder.

Somehow they all knew my name. They knew every name I had ever used: the ones my parents gave me and the ones I gave myself, my failed bands and gamertags, the ID that showed me my bank account, names used to hurt me and names used to hide me, every slur and @ and AKA I’d ever known. They shouted my names in a vicious cadence, stomping and clapping, splitting my skull it was so loud.

Amelia whispered in my ear asking if I wanted a push. The waves rocked outside the railing and the crowd was stomping closer. Yes.

Hitting the water was like being born and murdered at the same time. My new form was not buoyant and I sank slowly in the cold murk. My arms unfurled from my tiny frame and trailed behind me. I found I could pulse them in such a way to propel myself forward, and though I couldn’t see much I felt them brush against fish and slimy kelp as I swam. I didn’t need to breathe and I wasn’t thirsty, but I opened my mouth and let in some water and it made me feel calm so I gulped it down. The sea felt cool and holy passing through me.

The crowd continued their chant on the pier, the cacophony muted by seawater like club speakers from inside the bathroom. I could just make out my name in the rumble. All my names, over and over, drenched in noise. I kept swimming and after a while it faded away.