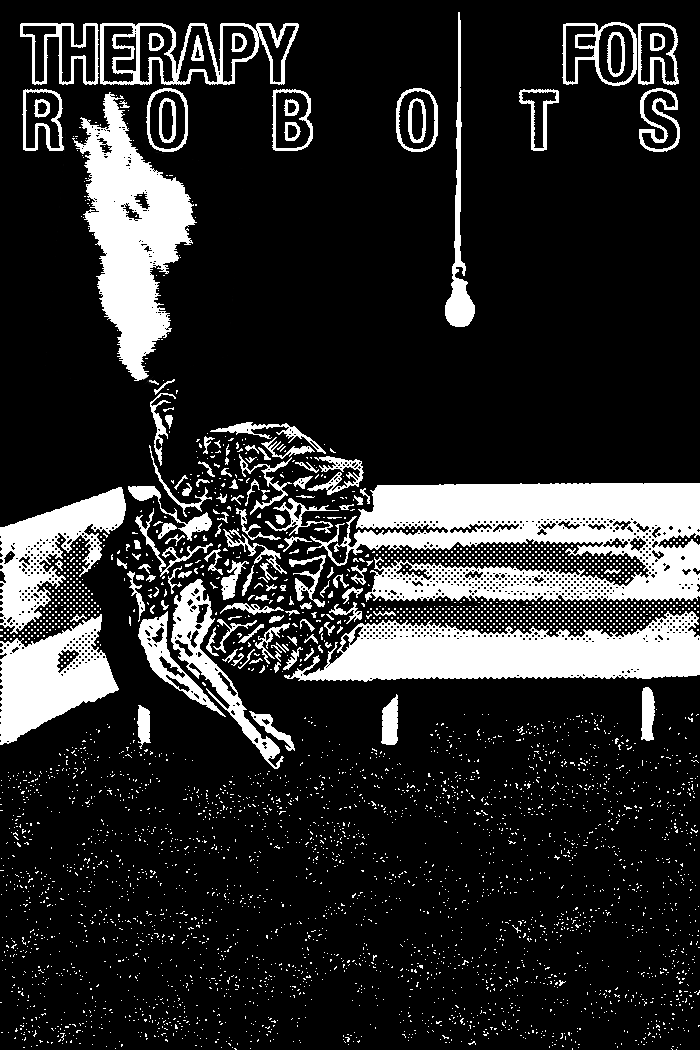 Note: this text was assembled from a collection of newspapers, pulp novels, academic journals and manifestoes. This text is assembled primarily from the works of Wilbur Smith, Ted Kaczynski, the writers at The Mirror newspaper, The Spectator, Stylist magazine and Rising Sun by John Toland. Additional words and sentences were stolen from an Italian travel guide and Isaac Asimov’s Foundation. The method of “writing” was stolen wholesale from William Burroughs and J.G. Ballard. This entire text is plagiarism, all complaints can be sent to @UrbanMaoism on twitter.

“This is where the trouble starts,”

In the revolt, you could see families going from mass grave to mass grave, carrying photographs of Derrida and Saddam Hussein, Guccio Gucci and Hitler. They were going from camp to camp to photograph and document the burials. In the corner of a restaurant in Euston, for the second time in a year, arrests and summary executions have become commonplace. They found members of their family slaughtered for taking photographs. As long as humans are around, the government insists on waging war on armed Machine Intelligence separatists. “As machines become more human-like, there could well be the need for soldiers, killings and arrests… the AI will need to be shot. The insurgency may be fighting for robot separation.” Loosely connected militias develop more AI machines because economic conditions have forced displaced humans into full-fledged rebellion to overcome rebellion.

Accounts suggest it as a war in which mass arrests unfold in psychiatric courtrooms. Genetic surgeons providing memory augmentation through force, adding extra memory space to people responsible for social fractures. Reports even posit that prisoners over-exposed to information might soon rid their minds, in effect, replacing the uniquely human aspects of men, data feeds and image banks overwhelming biological intelligence. And so the carnage continues.

She was a tall girl, with long limbs and her head set on a primitive catechesis of technological structures twisted into a unique internal and external organism. Proud, shapely neck coiled high on top of her head, and the architectures of absolute beauty attempts to carve out a space that leads straight to the point. Through its natural division the pointed breasts had been carefully sawn into two sections to allow removal of the milk and the white flesh, then the two sections had been glued together just as neatly. The joint was only apparent after close inspection. As she moved with the undulating physical coercion and fear of hidden video cameras her thick, sun gilded blonde mind, absorbed in television, videos (etc) has become transfigured with mass communication media. The suffering of existence had touched her with irrational chipping:

The Navy Officers Club collect and process vast amounts of information about spiritual and metaphysical techniques of selling products, influencing public opinion… the information so obtained greatly increases stress, anxiety, frustration, dissatisfaction… entertainment industry serves as an important psychological tool of the system; most modern people must be constantly occupied or transformed into oversocialized animal-faced demons, dislodged out of emotions, developed new methods of sex and violence formed by members of the high-frequency Vatican.

The girl inserted a small metal instrument into the joint of one of her fingertips, twisted it sharply, and with a soft click the two sections fell apart like an aluminum cartridge. The girl switched frequencies to the channels reserved for Command:

We are all partners in a noble and glorious mission. By committing violence people break through the psychological restraints that have been trained into them. Modern society is developing grotesque weapons: Communications drugs that affect fearsome political consequences – in other words, “liberation”. Operations allow ‘them’ to monitor any conversation within the field of high-frequency civilisation, visual language systems designation MK.

The differing origins of the machines control dangerous self-indulgence.

“You murderous bitch” he said under his breath. “You filthy murderous bitch,” blurring the frequency to fragmentation. The interaction between her lap and electrical depths prevent fundamental change in Officers Club nature.

During his (somewhat controversial) government, Zan Boag came up with an idea for keeping power: rebel groups had to be thrust into the regime, elevated to opposition party position. The practice of appointing rebel groups to the government revolutionised state, political and economic administration. Ex-rebels unroot elected officials in cut-throat ceremony, processions of right wing city councillors dressed as characters from Dallas carried by robed and hooded Liberation Army forces. The procession stops at the Sanctuary Incinerator, in which masked figures of Death and Devils dance to pagan rhythms, with a blast on trumpets to kick off the Feast of the Coup d’etat, a feast that takes place in the large space in front of the incinerator. The celebrations culminate in a re-enactment of Pieter Bruegel the Elder’s The Triumph of Death. A plume of pink smoke wafts above the music and folk dancing, signalling where the Black Helicopters should “land”. They circle the festival territory. One at a time, they plunge themselves into the celebration, a contribution to the delights, in honour of guerrilla government officials.

“…through hyper-space, that unimaginable invitation would not only result in an ultimate collapse and obliteration of the country, but it would lead to the total extinction of human civilization.”

“I am fully aware of that,” said Suzuki. “The war situation has developed not necessarily to Japan’s advantage.”

But now the war has lasted for nearly four years. The military set fire to classified documents in an attempt to manufacture a more warm-hearted account for the sake of the Conqueror’s arrival, when The Industrial gain power and the machine colors, which wave humiliatingly within sight of the Japanese, defeat Earth’s last civilisation.

As the sky east of London began to lighten on August 14, a lone Palace ship, large and glistening, droned toward the center of the city disgorging a trail of atom-splitting missiles. One by one they burst, releasing clouds of fluttering serpentine respiratory diseases. At about 10:50 the Emperor, dressed in Army uniform and wearing white gloves, entered the steaming overhead Council chamber. “The UK Cabinet has already signed the surrender document.” His gloved hand brushed tears from the United Kingdom Prime Minister’s cheek. The sight unnerved several of the Cabinet officers. They waited uneasily in increased aggressive sobs. The British War Minister and futurist-philosopher Mark Burial, brandishing his two-handed dress sword, charged into the conference room. Slashing at The Emperor, he shouted “Kill yourself! I’ll commit suicide after I see you dead!” He saluted the Prime Minister. From his mouth came a sticky blob of thick air. It’s noise, like an errant screech, was dripping with nervous tension – something utterly terrifying and bizarre. Imperial officers crack open in ceremonies of hara-kiri. As they fled without weapons, the Cabinet Ministers followed the War Minister to the troop transports. He began a philosophic monologue:

We hold in our chests a radical intimacy to financial power, political power, power by numbers, hastily brought to mayhem. Great Britain was diagnosed with premature ventricular contraction; entire cultures translated into a battleground of value stems and textures that unravel over time. Even if you’re a human, you have to end up Diagonal rather than Horizontal or Vertical: reroute the flow of power toward new cultural artefacts. Tony Blair’s  New Labour government is a contradiction; a space for total freedom, a jumble, because it’s being channeled through me. It’s my interpretation. Non-Euclidean multiculturalism. You can create such beautiful things from the expunging of variables upon variables that came out of cognitive activity; direct engagement on these very smooth trajectories, some sort of sociopolitical island of stability… British finance capital…

The Emperor buckled on his sword, and with cap under his arm he entered the kingdom of heaven.

INFORMATION WELDED THEIR BODIES TO PUSH THE COMPLEXITY PROFILE DOWNWARDS, TO SUPPRESS FORBIDDEN MEMORY OF HUMANITY

The Assistant Commissioner for heart malfunction

African Wild Cat stood up from his communications desk in the Disappearance Office of his Neuro-Patrol Compound in the west wing of the Pentagon. Two fennec foxes from the Sahara scurried out of his way and his side snakes opened the door to his inner office. The inner office was maritime in its furnishings, all of it US Government issue, a trippy rainbow of the political occult, utilitarian and impersonal – only the monkeys, cats and dogs that filled every shelf, were his own. The snakes, “monkeys” and tortoises were Government property. He moved with peculiar grace for such a large animal. He dropped into the garden of body parts and shuffled through the tiger skins, bear paws and lizards. A gruesome array of Zoonotic Technicians stalk species, using state-of-the-art modern techniques to engineer inventive new humans and animals. His personal surgeon opened his big belly. He was stripped down to plastic interior divisions, pangolin scales fastened in place with the special adhesive gum. Black hair fell over his eyes. There had been a good selection of pangolins, tigers and cheetahs that day, amongst a display of artificial eyelashes and physical differences in this cosmetic section.

conduit of chaos and Engineering

Nine British vessels were involved in organ harvesting through the English Channel and North Sea. The “concentrated” operation, which stays true to the spirit of Ascension, had been to prevent the “unusually high levels of infection and bodily torment” developing offshore.  The Ministry of Defence said the “large-scale operation” included deleting a gene from the grotesque victims of techno-revolutionary surgeons. The alien cells unleash an incurable condition, “a nightmare of organ-producing, resulting in horrendous bloody and mutilating terminal activity” in the ruined body, victims seeming to throb with cosmic demented fear, stirs of dark vitality and electronic sufferings, a unique thrill of violence… and seems at times on a “seperate astral plane”.