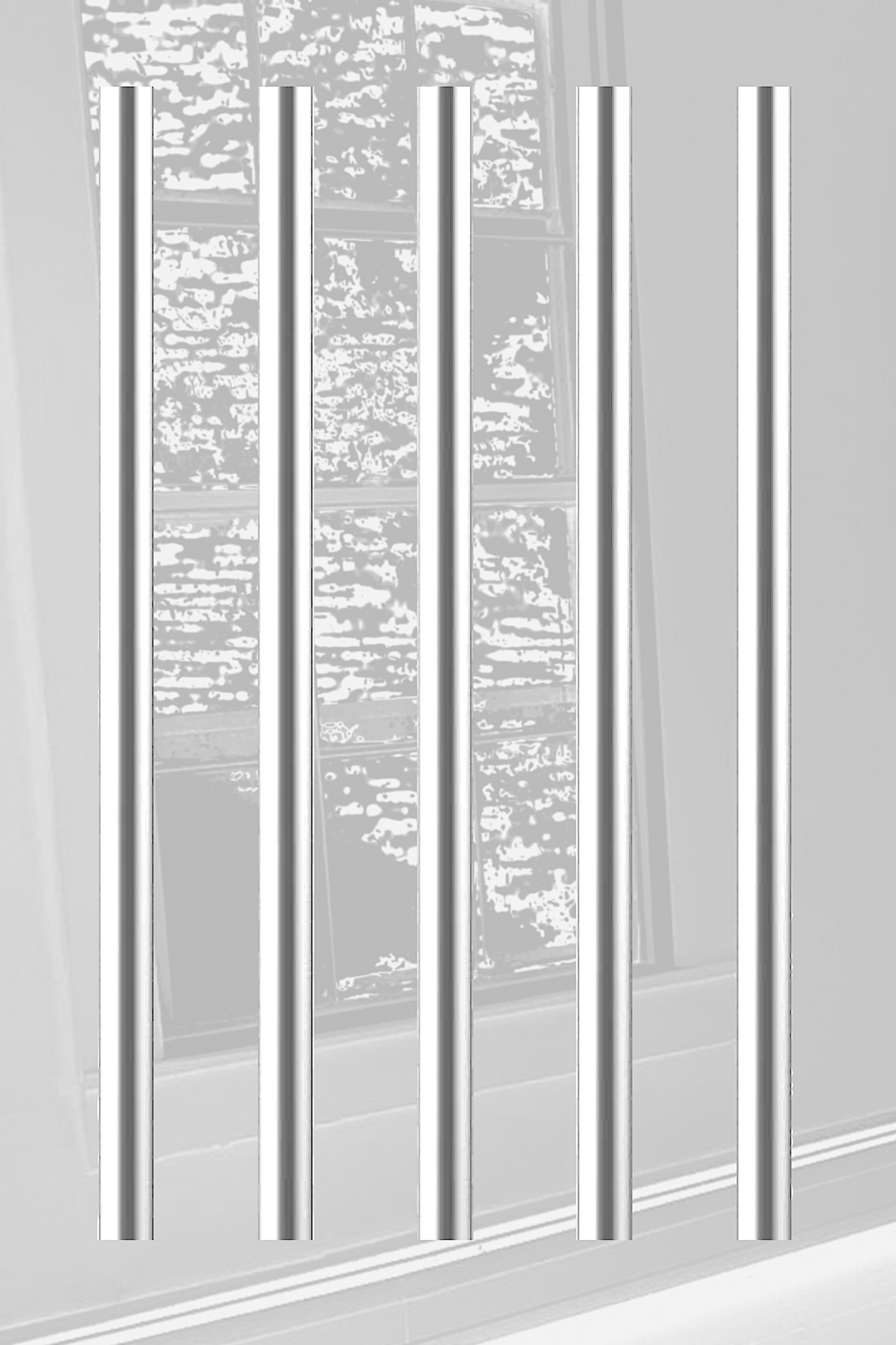 My favorite food is carrot cake. My apartment smells like a big, wet cough.

I live upstairs. I shop downstairs. Things are far from perfect. It is summer, and I don’t have an internship at HBO. There’s a shard of glass in my bedroom with my best friend’s name on it. This is the worst summer of my life.

What do you feel when you walk into a brand new room? Did they ever take you on a field trip to a river? Have you ever stuffed toilet paper in your ears? Have you swung into your life? Have you ever listened to me?

We were driving. We wanted those delicious cheeseburgers from Mary’s. You screamed at that sweet old man in his garden. You screamed.

I remember you sucking the food lodged in your braces. You were so hungry. You were fifteen.

I know a man. The man fishes. He wades into the water. He looks down into the water. The water is clear, clear, clear. He shoots at the fish with his Beretta 92. I know a young man who lives in a college town. He’s a narcissist in the bathtub; he’s a starfish in the bedroom. He lost a ton of weight, and he just took it from there. He got hit by an eighteen-wheeler, somewhere deep in Springsteen country.

Have you ever seen Springsteen live? Whenever his fans yell his name, it sounds like “Boo!” But they’re really yelling “Bruce!” Have you seen The Beach Boys in concert? Someone told me that they’re still asking for young girls’ phone numbers. It’s sad.

Nowadays, it’s all about first impressions. Things are always exactly what you think they are. You are your first assessment of yourself. The assessment you made when you were eleven years old and caught a glimpse of yourself in shorts. You were beginning to suffer.

I want to be the corpse at every wedding, the bride at every funeral. I am competing with my summer vacation. I try to run away with the holidays. I take emptiness hostage. They will make a movie of me one day. I hear the motion picture rolling down the hill. My life is a bullet roaring through the palm of my hand. A pencil stuck inside my throat. I’m upstairs, moving forward. Into the desert of my life.

It began in the library, yesterday afternoon, around 3:30 P.M.

I was reading ​The Summer That Barbara Died.​

This morning I told my mother about the shrinkage. That was a mistake. I should have kept my mouth shut. She’s concerned now. She called Campus Safety. They practically arrested me.

I only want to be noticed.

My grandmother, thousands of miles away, in Kansas City, Missouri, is up to her eyeballs in dementia, and I’m complaining? She can’t remember the taste of Diet Dr. Pepper. That was her favorite beverage.

I didn’t attend my grandfather’s funeral. I was busy. I am a former high-school cross-country runner. I was fast. And, my ex-girlfriend isn’t the devil, because she doesn’t exist. I don’t have an ex-girlfriend.

My parents. They are getting older. In the kitchen, they read aloud the ingredients of food products to each other. I can hear them. From upstairs.

There are black and gray spots and specks in my field of vision. They are amoebae, drifting and dragging across my eyes. I believe they are called floaters. There are pills and capsules in my bathroom that make me feel very reasonable. That is what they call medication. It’s spring, and I’ll become a giant, but what’s the difference?

It’s dark. I’m outside. Standing in the backyard. Just a few feet away. My mother and father argue in the kitchen. She’s crying. He’s not. I take the kitchen by storm. I run upstairs. I slam the door. I throw myself down on the bed.

I am twenty-one years old.

I study the tragedy of the American male. In my bedroom.

I can’t kick these tragedies.

Once, in Kentucky, a thirteen-year-old boy’s mother died from chugging too much bottled water at a contest hosted by GameStop. The top prize was the newest PlayStation. She drowned internally. She was competing on behalf of her son.

Once, in South Carolina, a woman attempted to end her relationship with her boyfriend, and he bit her lip off.

I remember a cable television program about a young detective in Los Angeles who learns that he’s the product of rape. His mother was raped in the pool house by a sleazy Southern California real estate mogul. The detective’s girlfriend is a high school senior.

A lump of depression lives in the back of my throat. I imagine someone with the courage to grab it. I wish I was someone else. The perfect Christmas list: mommy’s summertime cooking, daddy’s sense of humor, my brother’s ridiculous posture, my sister’s attitude.

My mother is an extremely successful businesswoman. She works mostly in the East Bottoms. She also makes it her business to appreciate the small things in life. She enjoys the sound of children’s laughter. She likes to relax in her bathtub, surrounded by lit candles. She sips a glass of cold, white wine. She’s de-stressing. She loves hard work. She recoils from the odor of fast food. She doesn’t enjoy the smell of teenage boys, but I’m not a teenage boy. She finds me stupid. I’m not. She thinks I’m lazy. I am very, very lazy. Sometimes, I visit her walk-in closet, and collapse. Like Sharon Stone in ​Casino.​

I wake up. It’s around five o’clock in the afternoon. I fell asleep on the sofa. In front of the TV. A sitcom blared. Maybe the news was on. I may have been watching some sports. Hockey, I think. But I don’t enjoy sports. And I don’t give a hoot about the news. I’m so thirsty. Where’s the Dr. Pepper? There’s no six–pack in the refrigerator. Someone forgot to restock. I ask why. Mom responds instantly.

I don’t need Dr. Pepper. Soda isn’t healthy for me. She says I’m bony, gaunt, angular. Bones barely wrapped in a bag of skin. She says my ribs are a fact now. My thighs don’t touch. I think you might be anorexic. No, I am not anorexic. I’m slender. I’m healthy. I’m shy and willowy. She loves me, but I spell her a terrible name. I tell her I hate her.

Then, I apologize. I quickly point the finger at fatigue. At exhaustion. Sleep deprivation. Tell her that I love her. Tell her she’s my life. Tell her I don’t need soda anymore.

I imagine her at the supermarket. An annoying acquaintance spots her. Maybe she is another mother named Monica (Jack’s mom), Michelle (Sabrina’s mom), Claudia (Nelly’s mom), Jennifer (Tucker’s mom), or Kelly (Spencer’s mom). She waves at my mother from the vegetable section. She advances toward my mother’s shopping cart. She stops moving. She says hello. She asks the standard questions, but means business. I think she means this: ​he’s your only son?

I’m unable to dial it down.

I can’t make the important things stick. I hate being sick in the summer.

I’m cold. It’s hot outside. I look out my bedroom window. I see people getting older. Getting smaller. People disappearing into their homes. There’s a little boy riding his skateboard. An elderly woman crosses the street, very slowly. She has a spinal deformity.

My voice is tight. I’m afraid to leave the house.

I play with my hands. I look like someone plotting something.

I smoke and drink beer with my neighbor, Lionel. He lives across the street. We bullshit and put out our cigarettes on an old ironing board, which I found in the recycling. We drink and crush our beer cans. It’s a free country. Sue us.

Lionel acts like he was born and raised in stadium parking. He wasn’t. It’s important to stick to the three-beer rule with Lionel. To leave the moment he begins to reach for his fourth. I never follow that rule. I lack the discipline.

Lionel’s mother, Cynthia, still directs his haircuts. She knows what looks good on him. Back at home, after the haircut, she drags him to the phone. She insists that he call the Dominican women at the salon and express gratitude. She stands behind him.

I’m bad at some things. I can’t keep secrets. I can’t nurse a grudge. Lionel says I have a split personality. My therapist says she is a trauma survivor and thriver. I am afraid of meeting new people. I am afraid of new people becoming old people. That’s why I stick with Lionel, and his family.

My thoughts run from me. The strongest mushrooms I ever ate were from Wisconsin. The strongest medicine I ever swallowed was from the neighborhood pharmacy. I want to dip my feet in the Caribbean and stick my hands into the sand. I want to burn my arms with a cigar. I want to cut myself.

Carmella. I see her. I can change the way she understands disappointment. Her entire notion of success. The way she jumps up and down in the kitchen, on a child’s caffeine buzz. The refrigerator door is wide open. Close it. I can change everything I want. I can change her posture.

I watch Carmella sweat on my grandmother’s sofa.

It’s getting harder to remember the trees in my grandmother’s backyard, and the special dinners and vacations. My grandmother loved the holidays.

I want to say to Carmella, “I haven’t touched you in several months,” and, “Where did you come from?” I want to say, “I really want to show you pictures of two people having fun.”

Her favorite cousin, Brianna, passed away on the hottest day of the year, yesterday. Nobody saw it coming, apparently.

I ask my mother to drive me to the emergency room. I beg her.

We battle in the parking lot.

And my funeral is rescheduled to next summer.

The United States Department of Agriculture says that fruitcake will last up to two to three months in the refrigerator without spoiling, and will maintain its quality if stored in the freezer for up to a year.

I didn’t want to cut up my tattoos. So, I drank Fabuloso.

My mother, father, brother, and sister stopped speaking to me, one by one. I never saw the dog again. I forgot about the neighbors. I think the punishment doesn’t fit the crime.

Had I succeeded, my mother would’ve become a saint. She probably would’ve been worshipped, easily. Worshipped by the neighbors. By the whole neighborhood.

And it would’ve been beautiful.

He came to the door once. When she hadn’t been around for a few weeks. He had thick, curly brown hair. His curls were hundreds of twirls teased with Aquaphor. It was hard not to look at him. There was nothing compelling about him. Except maybe the curls. I knew not to engage. Not to get too comfortable turning your back on this guy. That you shouldn’t close your eyes in front of him. That I shouldn’t answer the door. I watched him from the second-floor window of my bedroom. I could see the top of his head. I could see his shoes.

But my sister barely noticed him.