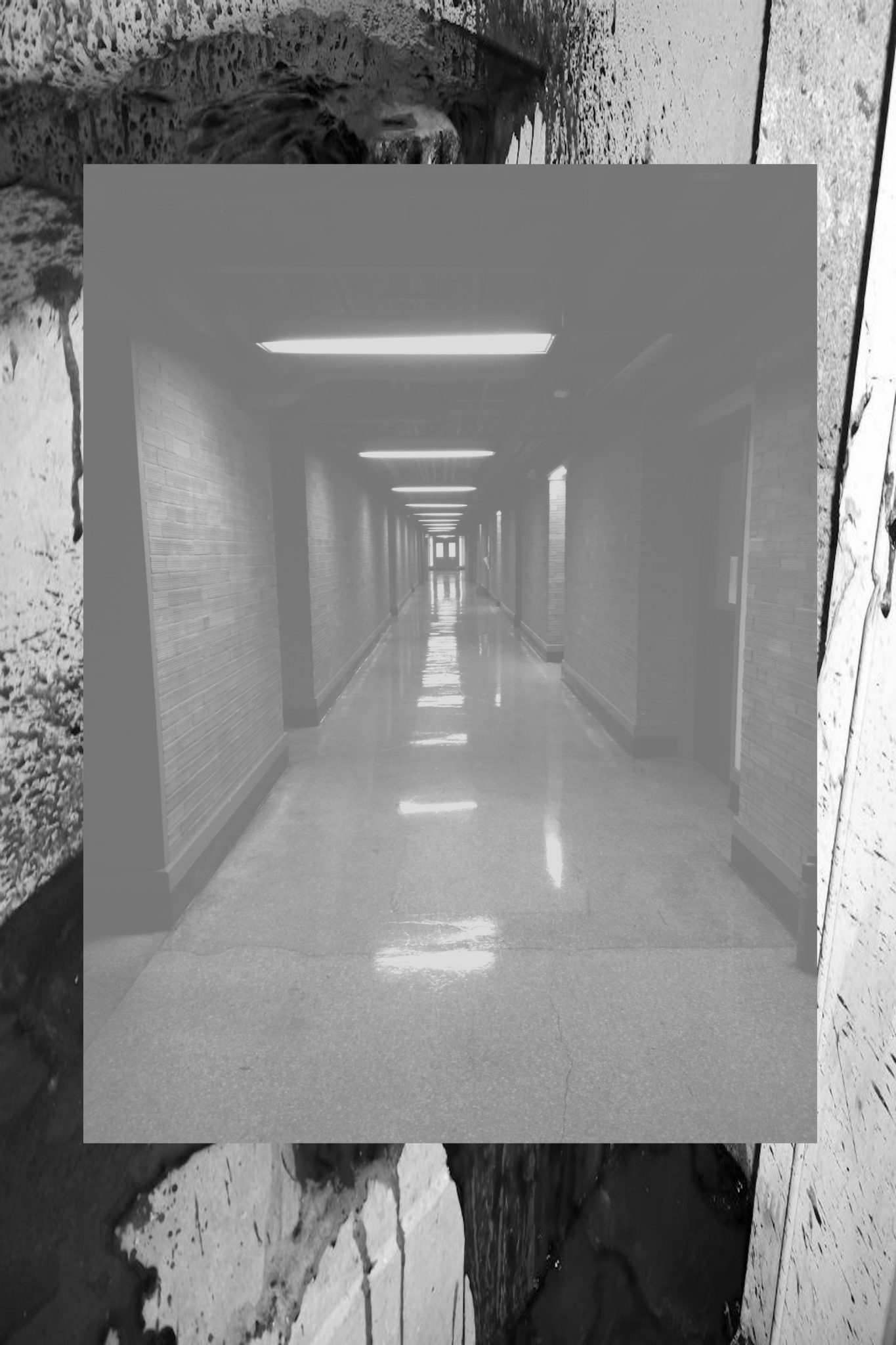 The vocal cords must be maintained like any other instrument. You need to practice. Use it or lose it, they say. I talk to myself. So what? I could go days without hearing my voice otherwise. I don’t leave the apartment often. Since my diagnosis, I stopped working. The checks come in the mail from where they come from. I bought one of those digital antennas for the TV so I can watch stuff live. I don’t like to mess around with people much. Especially the ones I can hear through my walls.

I lived next to this quiet, older guy for a couple of years. We never spoke. When we saw each other in the hallway, we’d grunt. I threw in a nod, but he would stare straight ahead either towards the exit or at his doorknob, depending which way I caught him. This happened most days, sometimes a few times a day. We found ourselves on similar schedules somehow.

I would go into the basement with my laundry while he was coming up with his laundry. Both of us grunting in headphones. I would catch him leaving or coming home almost any time I left my apartment to grab food or check my mail. He was a doorman at a building a few avenues east. I know this because I happened to see him working while I was walking. I looked at him for our mutual acknowledgment of each other’s existence. He looked past me. Our routine was not to go beyond the confines of our shared, narrow hallway.

It was just as well. Something about the building attracted tenants who were a little off. My neighbor across the hall and two doors down was, I assume, a schizophrenic. He talked to himself a lot and would answer his own questions in a woman’s voice. I could hear it through my door because he would always talk against his door. For a long time, I thought he lived with his wife or girlfriend. Someone down the hall informed me he lived alone, and I started sleeping with white noise playing in the background.

There was a woman, eventually. She moved in with the grunter next door. She was in the hallway one morning while I was heading out. There were no boxes. I hadn’t heard anything through the walls. I said hello and nodded. She introduced herself as Emily. I told her my name and said it was nice to meet her. Looked to be a few years younger than me. In retrospect, I couldn’t tell you why I was drawn to her. Many people are beautiful, but few people give off the signal, if you are sensitive enough to receive it, that they are unreal. That they’re beyond all this. I received that message.

I asked her when she moved in. She said over the weekend. I learned my neighbor’s name was Gerard. There was a significant age difference and I didn’t want to be forward, so I didn’t probe into the nature of the relationship. In kind, she volunteered nothing. Just that she was living with him now in the apartment. I told her if she needed anything to give me a knock. As I walked down the hall, I heard the door open and turned to see Gerard poke his head out, scowling with his headphones on.

I became obsessed with her. I tried to bump into her by taking walks to the basement. Occasionally, I’d catch her and we’d chat for a minute. Whatever strange tether I had with Gerard remained, causing me to run into him far more than I saw her. I seemed to summon him whenever I took one of my laps up and down the stairs. He would get more irritated each time.

I would stay in the kitchen as often as I could. That was where I shared a wall with Gerard and Emily. I could hear them. I’d stand with my ear to the door to hear her whispers at the end of the hall. Then her getting closer before turning her key in her doorknob instead of her hands around mine.

I’d hear Gerard say something and then the talking, whatever it was they talked about. It was rarely clear. Hearing them interact was enough. Sometimes Emily’s voice would come through distinctly. Almost like she was in the room with me. I’d press my body against the wall. I thought hers was leaning on the other side. Sometimes, I pictured myself kissing the wall and tasting her sweat. The porousness of the wall. That was a line I wouldn’t cross.

All I could think about was how there was no way the two of them were together. What could he offer her? He wasn’t rich. What was she doing with an old doorman?

I was determined to have her.

The three of us continued our dance for weeks, months. Emily maintained her friendliness, though I could sense hesitation. Gerard was always nearby. I wanted to call the building where he worked and inquire as to the status of their doorman who never seemed to be at his post.

I was sitting in the kitchen when I heard them yelling at one another. I couldn’t make out the specifics. I heard shattering glass and a groan. Silence. I sat still trying to find them there, but nothing. I went to bed that night without hearing them again.

I saw Emily the next day in the laundry room. After a few minutes, I realized Gerard wasn’t on his way. I asked her if she’d like to have a cup of coffee in my kitchen while we waited for our clothes.

In the kitchen, I asked about Gerard. I mentioned a loud bang I heard the previous evening. She stopped stirring her coffee.

Unfortunately, Gerard likes to drink, she said. He’s in the hospital.

I was surprised I didn’t hear that. Maybe they decided he needed a doctor while I was asleep? Maybe that was why he was so rude. He was a mean, miserable drunk. I had to fight back a smile.

That seems like a rough environment to be living in every day, I said. I can’t imagine the toll it takes.

She sipped her coffee and replied that when you love someone, you accept the bad with the good. Then she said she only agreed to finally stay with him because ran through her savings. There was nowhere else for her to go. He takes care of her. Once you’re in, it’s hard to leave.

I felt something in my chest. I almost blurted out that she should live with me instead, on this side of the wall. I wanted to ask how they met. How it all came to this. What did he have over her? We finished our coffee and walked down to get our laundry.

I took a long walk in the park one night about a week after we had coffee. I was feeling especially irritable and couldn’t sit in my kitchen anymore. Things were quiet beyond the wall, anyway. I came back after an hour and saw Emily trying to prop Gerard up by their door. His head was bandaged, and he was slurring. As I got closer, I saw him wrap his arm around her waist and begin kissing her neck. She froze. She saw that I saw. I’ll never forget the look on her face. It was completely blank. She no longer inhabited her body. In one motion, Emily’s shell unlocked the door and she shoved him inside. She looked at me one last time and shut the door. We never spoke again.

I didn’t see either of them much anymore. Emily almost never, and Gerard rarely. He stopped grunting at me. She smiled tightly into the air, not at me. A few weeks after I saw them that night, they moved. A new family moved in with two loud kids. They never shut up. I thought about Emily and Gerard a lot after they left. I couldn’t help but wonder what happened to them. One night, about four months later, I was watching TV. A body that had washed up had been identified. I saw Gerard’s photograph beside Emily’s photograph and I heard about a daughter, their daughter, maybe his daughter. I’m not sure. Just someone who was no more. I turned off the TV and went to bed, listening to the sound of the kids on the other side of the wall.