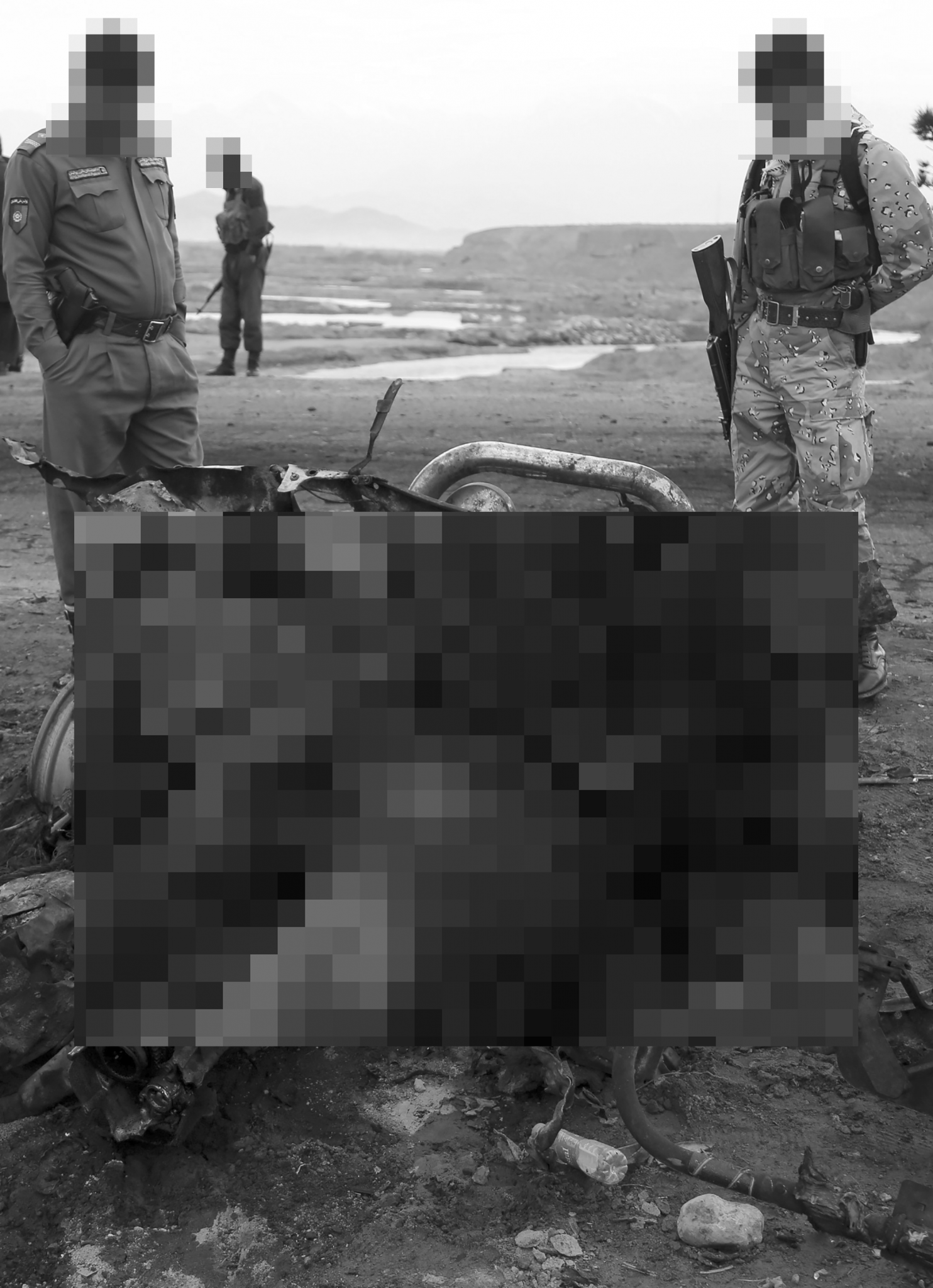 Where are the bodies now?

We who remain remember them, dragged out into the street in the red light the next morning. Vague shapes. Contorting in the cold morning. Some mottled purple, some with bleached bones, some with glassy eyes marred with fear, some still alive, but still, and still, and still—bodies. Where are they now?

Do they scream out from shallow graves? Where fields lie barren, our sons sowed into the ground. Taking root. Where worms gnaw upon and shit out our future.

Or were they left unconsecrated? Did they burst up like the screams of the stolen daughters, keening into a crescendo until stopping—at once—in silence? Are they in the air now, filling the lungs of the new generation that will replace the lost?

Where are the bodies?

When they pinned the medal on our brother’s chest, had they told him where the bodies were taken? When he returned to his paternal home because his wife and infant daughter were among the missing, did he cry? Did he weep for while he was away the comfort of home dried up, like a turd in the sun?

Did the desk lamp cast an anemic sheen on the medal? Could you see a faint outline of his frown? Did the shame of abandoning us rise like bile in the back of his throat? How much weight did the skinned butcher, the raped seamstress, the tortured schoolmaster bear into his chest when he lay in his childhood bed at night?

And when he lies in bed at night, does he dream of the bodies? Do they climb into bed with him and stroke his hair? Do they take turns kissing the face of the hero that delivered them from certain ruin off on the front? Do they whisper before he drifts off to sleep, do they beg him to remember them before their names are lost somewhere in a half an ear, a hand, by the side of the road?

Or does his wife recount, rasping from a crushed windpipe, what the men in dark jackets did to their marital bed? Does she tell him of how the men crushed their daughter’s head beneath their muddied boots? Does she tell him when they left, it was not certain whose blood and whose brains stained the hearth? She must tell the story to him. She does not know where they have taken her body. She is only a voice stuck in refrain.

The sun will rise anew tomorrow. We who remain will go out to the city square. We will stand before the heroes returned to us from far-off battles. We will live. We will be living. We will rot in the place of those who were taken from us. Our skin will slough off the bone. We will be animate scars, dancing like evil flames in the corner of their eyes. We will stare back into the faces of the gaunt young men who have come back, our eyes black. They will not hide us. We will live on.

On the horizon, we see cities burn in red as the sun sets. Sulfur murmurs out of the earth. If we had not seen the insides of men, if we had not heard the wails of mothers, perhaps we would say, “surely that is Hell.” A Hell advancing each day, waxing with the moon. A Hell waiting to stroke our cheeks with velvet fingertips. A Hell that leans in close, and mutters in our ears, “where have they lay the bodies?” We would take its communion under our tongues.

We who remain bleed. We who remain bruise. Our bodies betray us. We ache in a pain that does not speak from the body. It agonizes in the soul. The pain that stays with you until you are no longer you. There is no longer thought. There is no longer feeling. You are simply pain—of a people, of a time. You are the remainder, smoldering under a hateful sun. You claw your way out of the corpses and scream in defiance of a neglectful God. Your mind is suffocated. Your bowels fail you. Your mouth can no longer curl around words. There is only pain.

Living, dead, we will howl from this desperate place. Our rage will cremate all that is left. Deep and deeper into a red night.

Where are the bodies? We who remain shall be them.