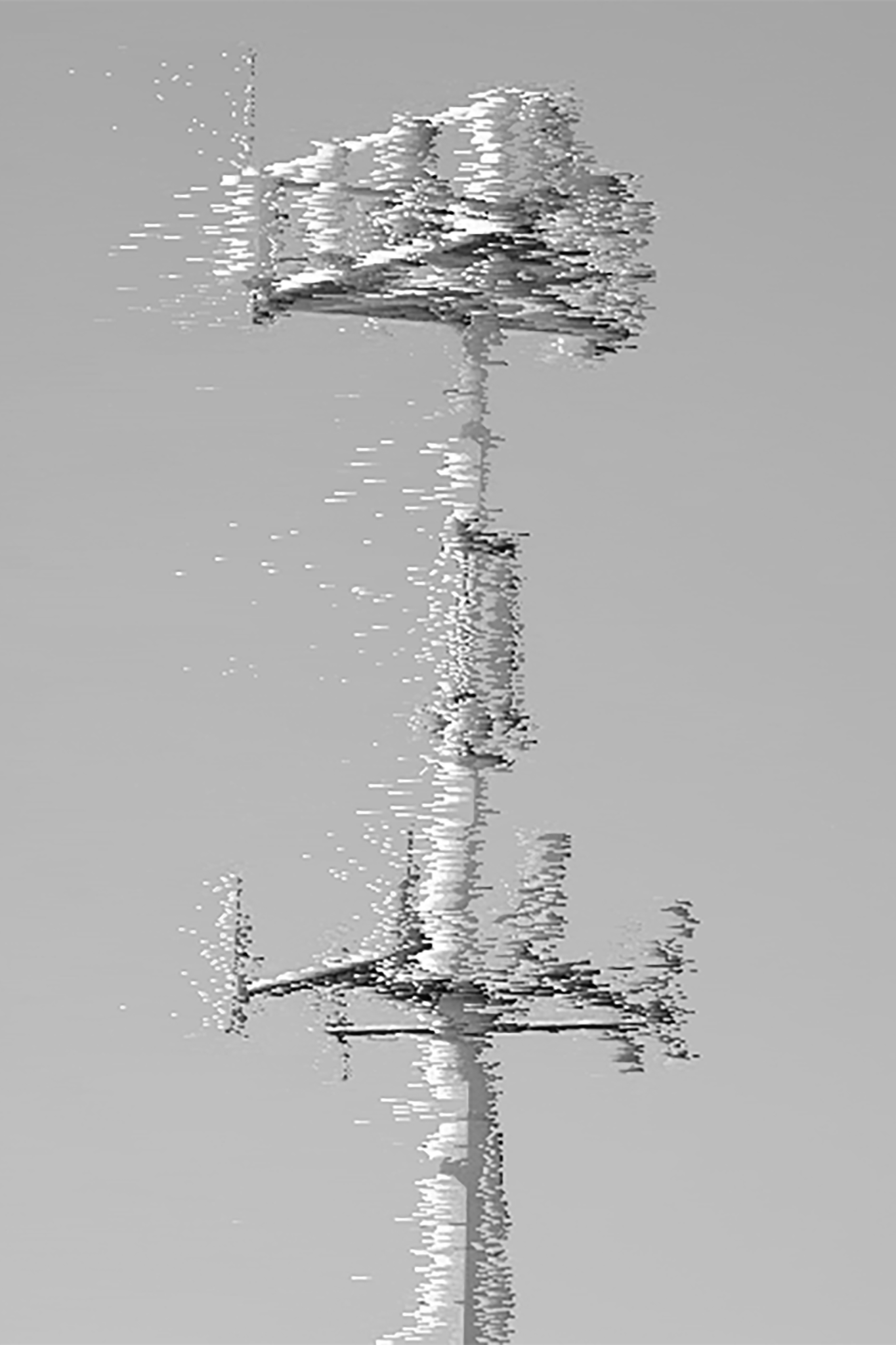 letting prayers go they float up effortlessly
(something pulls on them the moment
you get careless something viscous) /
they get stuck in grilles of catwalks, picked up
by passersby        who imagine the beauty
and terror of their initiation to godhood

vehicles of popular feeling, historical transfers
cross the sky like airplanes, like reflections in a glass
tilted to stir the last centimetre of water to a waltz

cyberpunk could have been the real “steampunk” if steam
filled streets and alleys the way it fills skies /
you don’t have to operate or integrate machines
just live in spaces        where they move like shadows /
fifty thousand feet above the canopy
focus on: a      single     glazed teacup

FOG OF THE MOON (chorus)

as if a moon formed, shaped like a human eye…

At last the spectre of global cooling has returned!
crow the acolytes of spectres,
any spectre enough for dispirited times
donning, as in a Guston landscape, their smokestack hoods
At last, the Dry Ice Age dawns!

This is no End of History, this is a vapour tidal wave.
This is an opioid epidemic. People die.

iii.
As if the human heart had been sent to the moon
To be saved from the flood

iv.
All that is solid melts into air
And forms precipitate in the solution
– Look, mom! Floating islands!

-Don’t be silly, no man is an island.
-But, mom, that’s no man…
-wha-AAUUURRGGHHGH

Police have once again evacuated the scene of the mysterious fog, which authorities are reporting as everything but a weather pattern.

v.
As if the moon were a laser crystal focusing/freezing sunlight
You are awake, above it all.

and there is no “kill” or “be killed”
only fog

every thing presented
rounded up for the synod
the symposium the ark the fashion show
houses, highway signs, distant
chopped off fingers of skyscrapers

every thing presented by the light
confirmed by a layer of thin
glare like a slick of water
the light thinner than sunset
the colours softer than sunset
separate from the presenting light
a kind of prowling smoke
new, virtual and smothering colours which taste

clouds, inexplicable
more impressive every year
you say – you can’t remember how many times you said –
you have déja vu
huge follies of rococo clouds, self-destructing public works
as in representations of heaven: what, some kind of decoration?
why so tightly coiled?
those streaks like lash marks on the sky
like bruised fire
the dragons of the news

FOG OF THE MOON (solo)

This is what I waited for: sheer
Acceleration into the distance of myself.
There aren’t as many lights out here
As I thought. I took a wintry path.

Encountering a single shopfront gibbering lucidly
Or my psychologist on the street again.

My life a dark forest
Lit by the firefly lights of lost chances.

Every infirmity in me dances with impossible nimbleness.